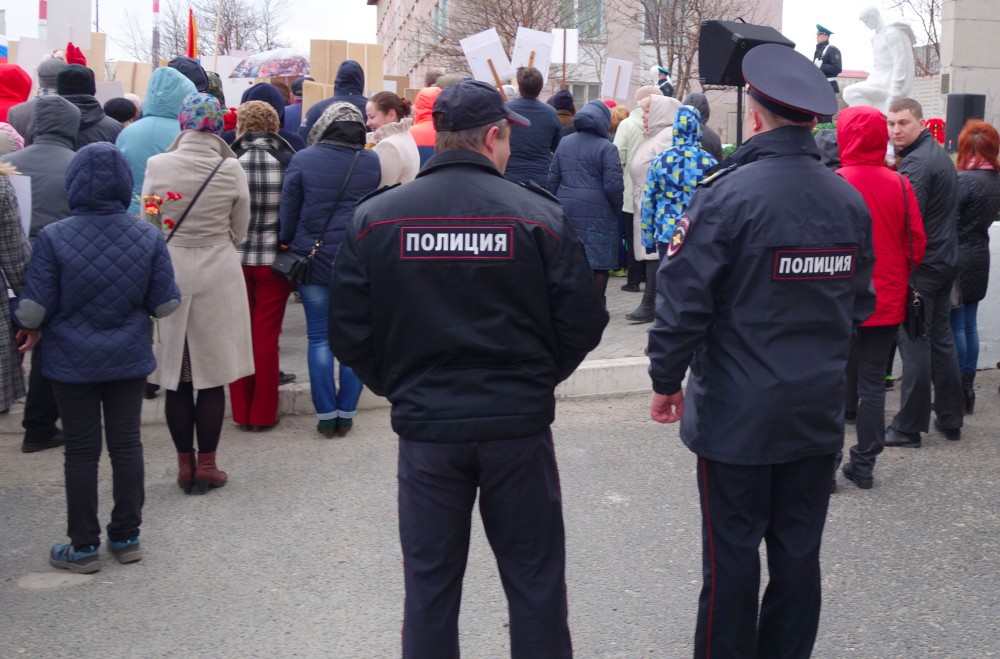 Russian lawmakers have approved new restrictions on protests, prompting criticism from the opposition that they violate Russians’ constitutional rights.

Deputies in Russia’s lower house of parliament, the State Duma, approved a pair of bills Wednesday that ban foreign funding for protest organizers as well as rallies outside law enforcement and security buildings.

If they come into force, the bills would also label lines for single-picket protests as mass rallies, allow last-minute cancellations by the authorities and bind organizers to disclose their sources of financing. Journalists will be separately banned from taking part in protests or hiding their press badges from the authorities.

OVD-Info, an independent police-monitoring website that said the bills would deal “a devastating blow to freedom of assembly in Russia,” launched a petition against the latest restrictions.

“We call on State Duma deputies, senators and the Russian president to fulfill their constitutional duty and prevent the adoption of laws that restrict freedoms,” OVD-Info said.

Dmitry Vyatkin, a member of the pro-Kremlin United Russia party that holds a supermajority in both houses of parliament, submitted the bill to the Duma on Nov. 17. United Russia lawmakers voted overwhelmingly in favor of the restrictions while the three opposition parties voted against, according to the Duma’s website.

“Maybe we should cancel Article 31 of the Constitution on freedom of assembly altogether?” opposition lawmaker Pavel Shperov said during debates, according to the Kommersant business daily.

Duma deputies must vote on the restrictions two more times before it receives a single vote in the upper-house Federation Council and President Vladimir Putin signs it into law.

Putin, speaking with the presidential human rights council Thursday, reiterated his view that the foreign financiers of Russian activists seek to restrain instead of strengthen the country.

The latest protest regulations come after Putin hiked fines for protesting at unsanctioned rallies in 2012 and made demonstrating without permission from the authorities a criminal offense in 2014.