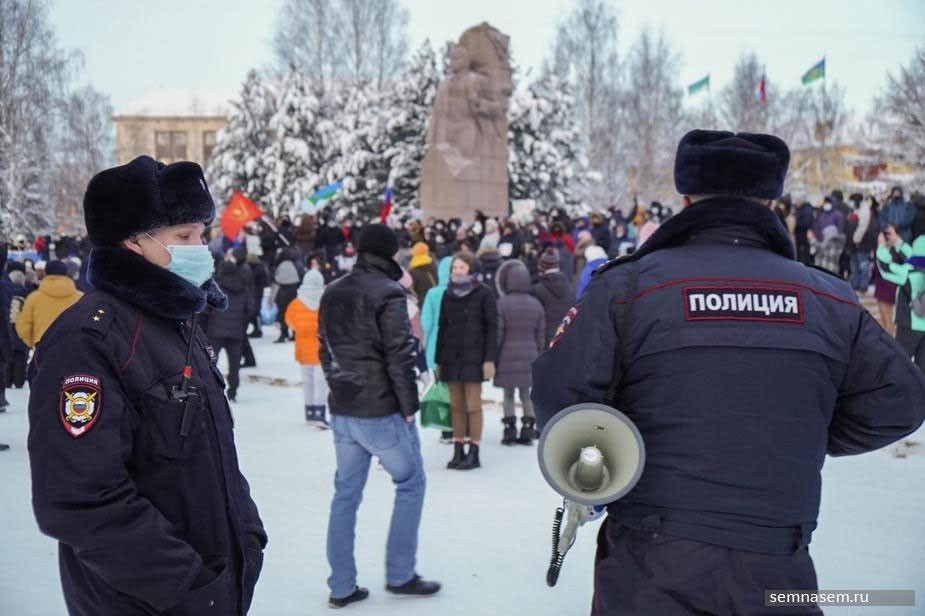 In the Komi capital of Syktyvkar, more than 100 protesters are reported to be on a police wanted list.
Read in Russian | Читать по-русски
By

Russian law enforcement authorities are preparing for Sunday’s nation-wide rallies in support of arrested politician and anti-corruption warrior Aleksey Navalny. Several thousand people have already been detained, and many more are on the police wanted lists. Most of the detainees took part in last weekend’s rallies.

Alone in Syktyvkar, the regional capital of the Komi Republic, up to 100 people are believed to be on a wanted list distributed among police representatives.

A number of people on the list have already been taken to the station to give testimony. Among them is Member of the Town Council Nikolay Udoratin, a representative of the Communist Party.

It is Novaya Gazeta that first reported about the Syktyvkar wanted list, which includes also a number of journalists, among them former editor of 7x7-journal Yelena Solovyova, photo journalist for 7x7-journal Pavel Stepanov, journalist for Krasnaya Znamya Valery Chernitsyn and Chief Editor of Pravda Komi Sergei Morokhin.

“At the moment I am in the police station where they question me, show me photos from the demonstration and ask if that is me or someone else,” activist Stanislav Okulov told 7x7-journal on Thursday morning.

“I am in a good company, here in the station are another three participants in the rally, and they are also being interrogated,” Okulov said.