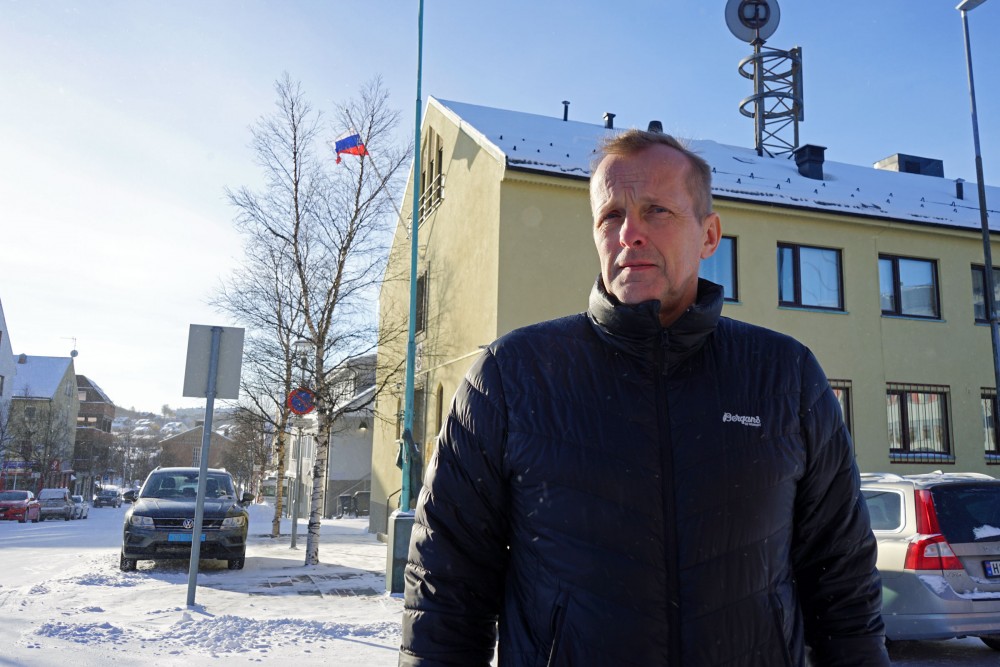 The local Conservative Party in Kirkenes, Norway, wants to honor the murdered opposition leader and his work for a democratic Russia. A square next to the local Russian General Consulate should carry Nemtsov’s name because he represents peace and cooperation between the countries, local politician Brede Sæther argues.
Read in Russian | Читать по-русски

Kirkenes is the Norwegian town that for the past three decades has branded itself as a hub for local cross-border cooperation between Norway and Russia.

Locals have been proud of what for years was a “laboratory” for East-West relations and a special relationship with the nearby Kola Peninsula.

The small town on Norway’s far northern coast houses the institutions of the Barents Cooperation, and state leaders and ministers from both Nordic countries and Russia have regularly paid visits to town.

But things are no longer the way they used to be.

Little is left of the cross-border cooperation that originally was initiated by grassroots groups and independent non-governmental organizations. Similarly, the economic cooperation that looked so promising in the 1990s and early 2000s has wrecked and hardly any businesses now put their bets on cross-border projects.

The reason for the negative development is found in the increasingly totalitarian Russia, Brede Sæther argues.

The liberal politician and democracy fighter was assassinated in a busy street near the Moscow Kremlin on 27th of February 2015.

In his proposal submitted to the Kirkenes Town Council, Brede Sæther underlines that Nemtsov represents the values that should serve as the basis for a healthy and trustful relationship between the countries.

“To the memory of Boris Nemtsov, and to honor all fighters for democracy and the journalists who have communicated and continue to communicate the free word in Russia, we propose to name the square near the City Hall the Boris Nemtsov Square,” Sæther writes in the proposal.

It is time for the Norwegian border town to show solidarity with its neighboring Russia, he argues.

“In the light of the latest development in Russia with lots of arrests of peaceful demonstrators, the persecution of journalists and the treatment of Aleksei Navalny and many others we find it important that Kirkenes as a place located near Russia shows its solidarity with the democracy movement in the country,” the interpellation reads.

The proposal will be on the agenda when the town council assembles in late March.

Brede Sæther has himself lived and worked in Russia, and has for decades travelled back and forth between Kirkenes and Murmansk. He is not afraid of the debate that is likely to be triggered by the proposal.

“We have not yet had this debate here in Kirkenes, it is about time that we address these issues,” he says to the Barents Observer.

According to Brede Sæther, Boris Nemtsov represents the time when Glasnost and Perestroika helped open the borders between East and West and when cross-border cooperation became possible after decades with the Iron Curtain.

“Democracy, openness and human rights are important pillars in the Barents Cooperation that developed in the 1990s. These values are of key importance for promoting peace and security in the North, and for economic cooperation and development between Norway and Russia, between Kirkenes and Murmansk,” he underlines.

Russia has had a general consulate in Kirkenes since 1993 and Sæther wants a square located immediately adjacent to the consulate building to carry the name of Nemtsov. If approved by the local town council, Kirkenes will not be the first place that gets its local square named after the Russian politician. From before, both Prague and Washington have their Boris Nemtsov squares. Also here, the squares are located next to Russian diplomatic offices.

The local politician is supported by Professor Geir Flikke from the University of Oslo. “It is a good idea,” he says to the Barents Observer.

Flikke, who has written extensively about the development of today’s Russia and most recently about the country’s democracy movement, underlines that the memory of Boris Nemtsov is very much alive in Russia and that memorial marches are held across the country every year.

According to the professor, Boris Nemtsov was a popular politician with whom Norwegian authorities could cooperate. “He was passionately engaged in the renewal of Russia, and wanted to lead Russia into a closer cooperation with Europe,” Flikke says.

Nemtsov was also writer and published several white papers that criticized the Kremlin and proposed alternative developments for the country. Among them is the report Putin - Igogi from 2010 that summed up Putin’s ten years in power.

“This bears witness of a brave politician, and a person who had a clear voice and who used it freely,” Flikke says.