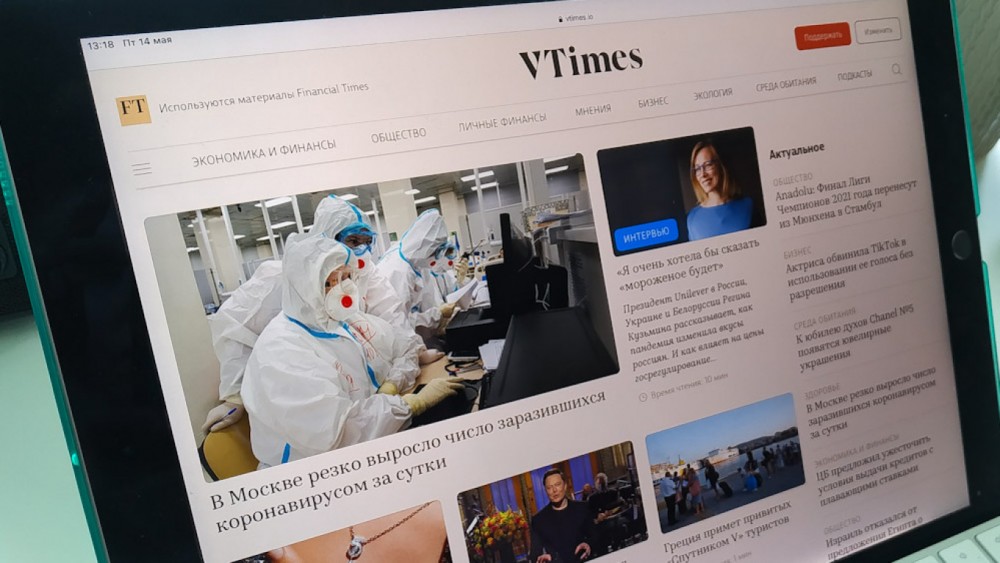 Russia has declared The Moscow Times’ Russian-language partner VTimes a “foreign agent” on Friday amid what critics call the Kremlin’s ongoing crackdown on free speech and independent media.

The designation puts the independent news site’s future in jeopardy as it risks cratering its advertising budget and levying steep fines for auditing violations.

VTimes was launched last October by former senior editors and journalists from the Vedomosti business daily after the appointment of a pro-Kremlin editor-in-chief sparked an exodus from their previous employer. The news website has vowed to keep alive Vedomosti’s tradition of independent and objective journalism.

“On May 14, 2021, the Stichting 2 Oktober legal entity registered in the Kingdom of the Netherlands, which is the administrator of the VTimes.io internet resource, was included in the registry of foreign mass media performing the functions of a foreign agent,” the Russian Justice Ministry announced in a statement.

Stichting 2 Oktober is a Dutch nonprofit that supports independent journalism in Russia and the former Soviet Union. Derk Sauer, the founder of The Moscow Times, serves as the foundation’s director. Sauer is neither an investor nor a manager to VTimes.

Under Russian law, any individual or group receiving funding of any amount from abroad can be designated a “foreign agent.”

Labeled individuals and groups are required to report their activities and finances in rigorous audits and face steep fines for violations. Other media outlets are also required to clearly label the designated entities as “foreign agents” and face fines if they don’t.

VTimes’ designation comes less than a month after Meduza, Russia’s leading independent news website that is based in Latvia, was also labeled a “foreign agent.” Meduza has vowed to challenge the label in court and has launched a crowdfunding campaign in a bid to survive an exodus of advertisers.

Vedomosti’s writers and editors had clashed with acting chief editor Andrei Shmarov, whom they accused of banning negative coverage of President Vladimir Putin and the package of constitutional amendments he proposed last year. Under those amendments, which were approved in a nationwide vote and by lawmakers, Putin now has the ability to remain president until 2036.