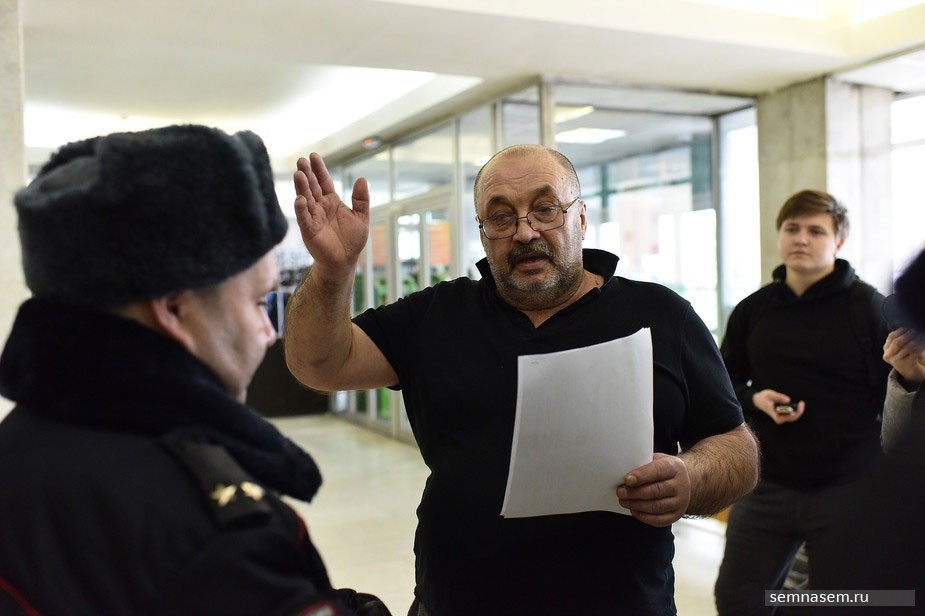 Andrei Ivashev is accused of "inciting hatred" and of "disrespect with the courts" and is now behind bars in the Komi Investigative Committee. Photo: Kirill Shein, 7x7-journal

A rapid response team from the National Guard on the 1st of December broke into the home of Andrei Ivashev.
Read in Russian | Читать по-русски
By

A unit from the National Guard’s SOBR rapid response division raided the house of Ivashev and brought the activist to the police station.

The officers also searched through the house and took with them documents, computers and other equipment, 7x7-journal reports.

Andrei Ivashev has since been under detention in the premises of the Investigative Committee.

The activist is known for his many single-person protests in Syktyvkar, the capital of the Komi Republic. He has also been an outspoken critic of regional Head of Government Vladimir Uiba, as well as the general rule of law in the region.

He is now accused of having “incited hatred” and of showing “disrespect with the courts.”

Head of the regional Public Assembly in Komi Aleksei Kolegov explains to 7x7-journal that Ivashev has previously been warned by the regional law enforcement authorities.

“Andrei himself is a harmless person, who lives modestly, and defends fellow activists. Now they [the law enforcers] decided to wrap him up,” Kolegov says.

The detention of Andrei Ivashev comes shortly after the arrest of Ernest Mezak, a regional lawyer and activist. Also Mezak is accused of having insulted court judges.