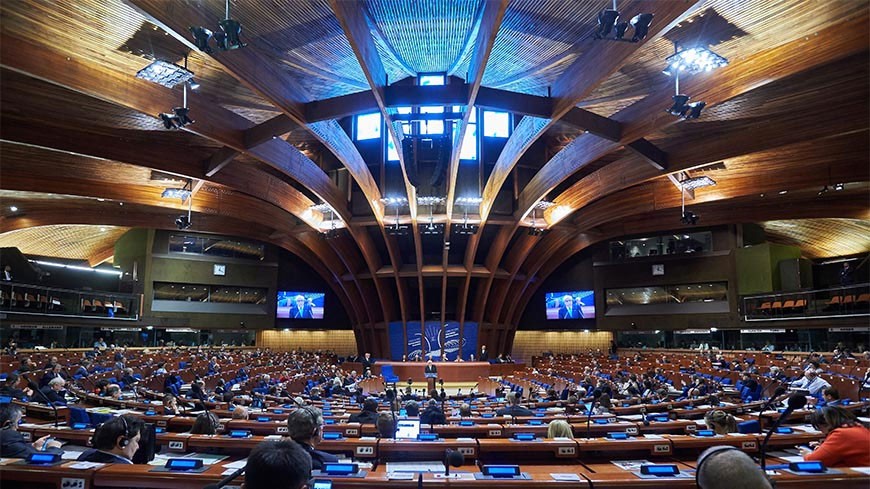 The Council of Europe plenary

Russia is leaving the Council of Europe

According to the Russian Foreign Ministry, "unfriendly members of the EU and NATO" are destroying the international organization.
Read in Russian | Читать по-русски
By

In a statement issued on Thursday, the ministry underlines that “Russia does not intend to tolerate the undermining actions of the collective West,” and that “the course of developments now are becoming irreversible.”

According to Moscow, the Council of Europe is now increasingly under the control of the USA and its “satellite countries.”

“Russia will not participate in NATO countries’ and their loyal EU’s transformation of the oldest European organization into yet another arena for promotion of the mantra about western superiority and self-admiration.”

“Let them enjoy their own company without Russia,” the foreign ministry says.

The statement from Moscow comes after the Council of Europe on Friday suspended Russia’s rights of representation in the body.

On the 8th of March, leaders of the Council issued a strong condemnation of the war.

“We condemn in the strongest possible terms the Russian Federation’s unprovoked aggression against Ukraine, an unjustified military attack of one member State of the Council of Europe against another member State. We reiterate our unwavering support for the independence, sovereignty and territorial integrity of Ukraine within its internationally recognized borders.”

Following the suspension of Russia from the Council, former President and now Deputy Head of the Russian Security Council Dmitry Medvedev said that “this is a good opportunity to restore the death penalty for the most severe crimes.”

The CoE was founded in the wake of the 2WW to uphold human rights, democracy, and the rule of law in Europe. The organization has 46 member states, with a population of about 675 million.

Russia’s voting right in the CoE was suspended following its annexation of the Crimea in 2014.

In 2018, then Council Secretary-General Thorbjørn Jagland organized a special committee to find a compromise with Russia, and in May 2019, the country’s voting rights were restored.

On 25 February 2022, the Council made the decision to again suspend Russia from its rights of representation in the Committee of Ministers and the Parliamentary Assembly with immediate effect.