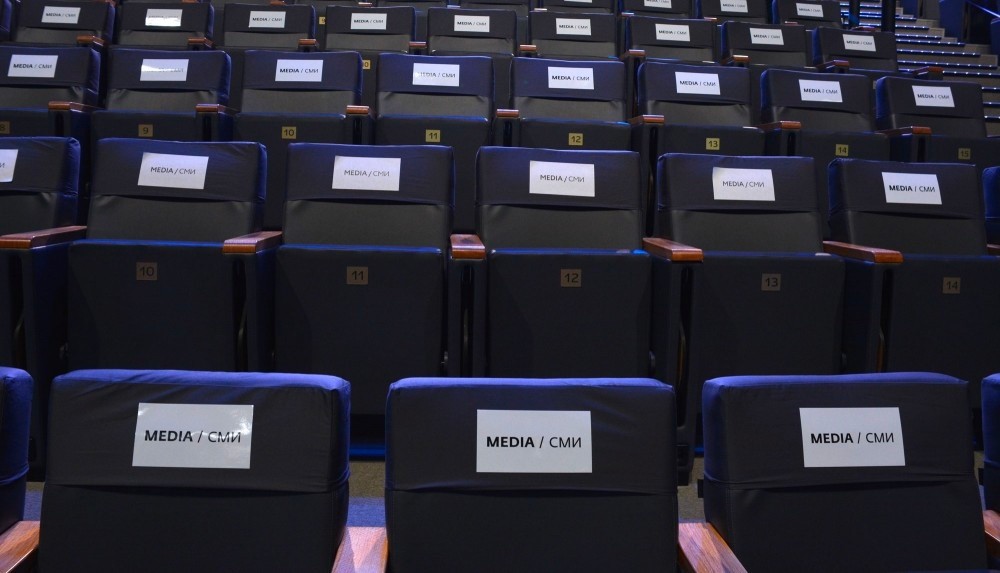 Unprecedented censorship laws are introduced and the few remaining independent media houses are blocked. In only few days, more than 150 journalists have left Russia.
Read in Russian | Читать по-русски
By

People in Russia are left with little but the propaganda machines of state media following the Kremlin’s recent unprecedented clampdown.

Journalists and information workers now face up to 15 years of jail for reports about the invasion. That includes references to the attack on Ukraine as a “war,” and not only a “special operation”.

At least 150 journalists from 17 media houses have over the last fews days fled Russia.

According to Agenstvo, the 20 journalists that used to work at the Moscow office of newspaper Meduza have all left the country. Also journalists from TV channel Dozhd’, radio and newspaper Novaya Gazeta are leaving.

In addition, a big number of foreign media companies are pulling out their correspondents. That includes BBC, Bloomberg, Radio Svoboda and many others.

On the list of blocked media are now included also Dozhd’, Ekho Moskvy, Republic, Snob, Agenstvo, Sobesednik, Dokha, Meduza, 7x7-journal and many more. The latter has been one of the last remaining independent media that has covered Russian northern regions and focused on civil society developments.

On the list is also Trotsky Variant, the research newspaper that recently published the open anti-war letter signed by more than 7,500 researchers.

The Barents Observer is today available in Russia only with a VPN and through the alternative URL barentsobserver.co

Its news reports are also available as audio articles recorded by a professional podcaster.