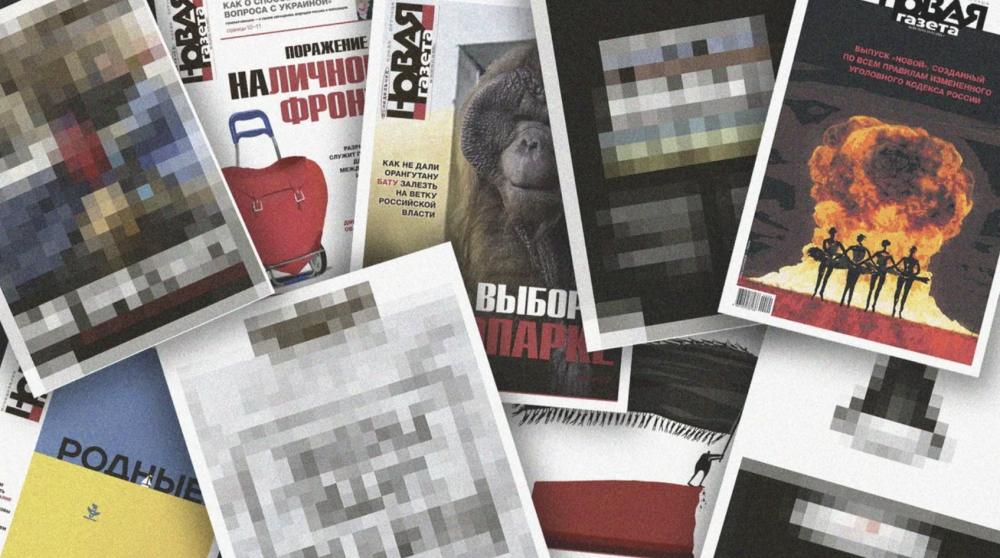 Journalists from Russia’s oldest independent newspaper, Novaya Gazeta, have launched a new, Europe-based media outlet in a bid to avoid an ongoing media clampdown amid their country’s war in Ukraine.
Read in Russian | Читать по-русски

The creation of Novaya Gazeta Europe comes nine days after its Russian counterpart suspended operations in Moscow. The outlet, headed by Nobel Peace Prize-winning editor Dmitry Muratov, had been repeatedly threatened with closure for its reporting on Russia’s invasion of Ukraine.

The editor-in-chief of Novaya Gazeta Europe, Kirill Martynov, said that the paper will be independent from Russia’s Novaya Gazeta, “both legally and in practice.” The newsroom itself will consist of Novaya Gazeta staffers who have chosen to leave Russia.

“There’ll be no one working for Novaya Gazeta and Novaya Gazeta Europe at the same time,” Martynov told The Moscow Times on Thursday. “We’ll have our own editorial council and guidelines.”

The new title will cover Russian affairs both in Russian and English in a bid to reach both domestic and international audiences. Martynov, who is now based in Riga, says the team is also considering launching a Latvian-language edition.

“We want to show the local community that we don’t have this imperialist complex; we don’t expect people to speak Russian in places we come to,” he said.

While Novaya Gazeta Europe will officially launch next week, its Telegram channel, Instagram account and Twitter are already operating. Martynov says that the team worked as quickly as possible to establish themselves so they could continue to cover Russia’s invasion of Ukraine.

“We believe that our readers are the people who care about the fate of Russia, the present events, the catastrophe that we witness now,” he told The Moscow Times.

“I think that we need to fight for the voice of anti-war Russia, both in Europe and globally. Given that less than five months had passed between [editor-in-chief Muratov being jointly awarded] the Nobel Peace Prize, and Novaya Gazeta’s closure, I feel that we need to draw some lessons, raise the stakes and create something global.”

It is still unclear whether Muratov took part in  Novaya Gazeta Europe’s creation.

“We can’t disclose that due to safety concerns,” said Martynov.