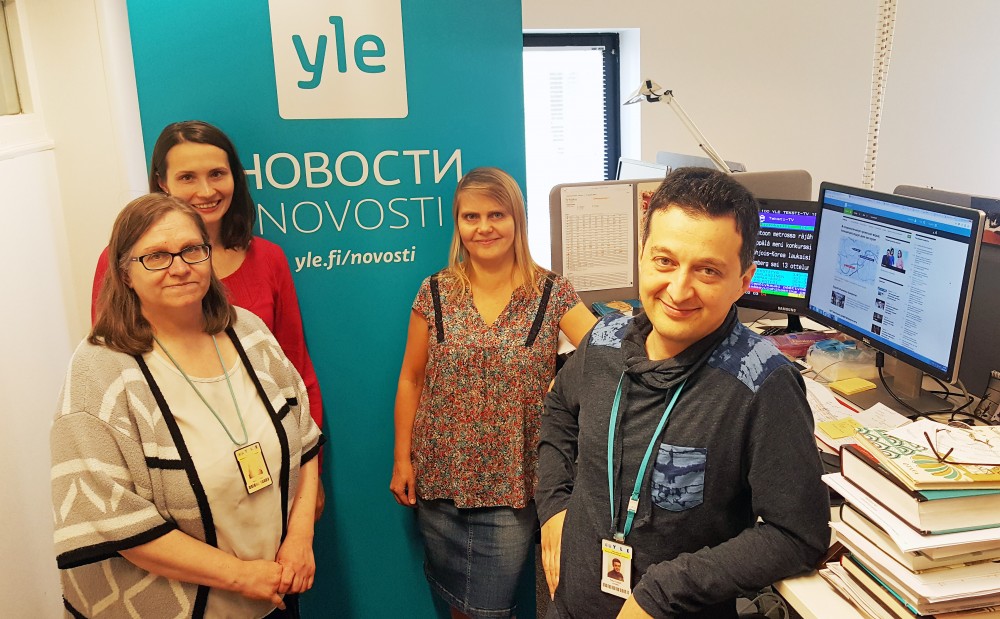 Roskomnadzor, Kremlin's censorship agency, on Thursday banned the Finnish public broadcaster for people inside Russia to read. Five Nordic media are now blocked and they all have one thing in common.
Read in Russian | Читать по-русски
By

Roskomnadzor points to a decision by the office of the Prosecutor-General in Moscow on May 27.

YLE is then the fifth Nordic media to be blocked by Roskomnadzor. The Barents Observer was banned in February 2019 and Finnish newspaper Ilta-Sanomat was placed on the register of banned sites in late April this year.

The five Nordic media now blocked in Russia all have one thing in common: They publish web-news in Russian language. While the Barents Observer and YLE Novosti have published Russian-language news for nearly two decades, the other Nordic newspapers on the block-list all three started to publish Russian-language news after Russia’s massive military invasion of Ukraine on February 24.

It is, however, not only the Russian language pages of the news-media that are blocked but the entire sites. YLE is publishing in Sami, English and Finnish in addition to Russian.

Like the Barents Observer; YLE, Ilta-Sanomat, Helsingin Sanomat and Politiken can still be accessed via a VPN connection.

As media-freedom seems to be the biggest threat to dictator Vladimir Putin’s violent regime of repression, the federal censorship agency Roskomnadzor has over the years placed thousands of Russian sites on its ban list, but it was first after February 24 a growing number of foreign media were banned.

Larger European media publishing in Russian language for a Russian audience, like the Deutsche Welle and BBC, have been blocked since March 4.

Domestic Russian media are now under complete control as authorities are doing what they can to manage the public’s view on the war with Ukraine. Since 2017, some 90 media and individual journalists have been listed as “foreign agents” - a label forcing them to shut down publishing and work.

Many Russian journalists have over the last few years moved out of the country and are today reporting independent news from neighboring countries.

Published last month, the World Press Freedom Index made by Reporters Without Borders pushed Russia down on the ranking to No. 155 of 180 countries. That is below Libya, Sudan and Zimbabwe.