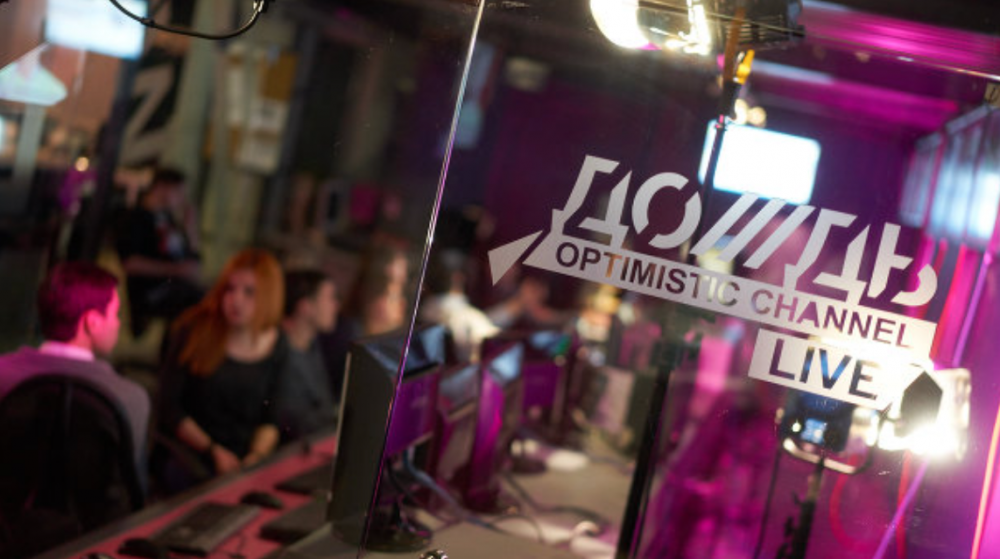 Dozhd suspended its operations in March after being ordered ​​by Russian authorities to stop broadcasting over its coverage of the war in Ukraine.
Read in Russian | Читать по-русски

The independent Dozhd television channel is resuming its broadcasts from outside Russia on Monday, ending a monthslong hiatus sparked by harsh wartime information laws passed in the wake of Moscow’s invasion of Ukraine.

“The team is in a great mood but everyone is, of course, a little nervous because we haven’t been live for four and a half months,” Dozhd editor-in-chief Tikhon Dzyadko told The Moscow Times.

“We are at a new point and want everything to be working properly and for the content to be interesting. We hope that we won’t disappoint the viewers,” he added.

Dozhd suspended its operations in March after being ordered ​​by Russian authorities to stop broadcasting over its coverage of the war in Ukraine.

Facing the threats of being shut down or criminally charged under Russia’s wartime censorship laws, Dozhd moved its operations abroad and set up broadcast studios in Latvia, the Netherlands, Georgia and France. In June, Latvian officials granted Dozhd a European broadcasting license.

Dozhd will go on the air at 8 p.m. Moscow time with the two-hour news show “Here and Now.” The stream will be accessible across Dozhd’s social media pages and on several television streaming services such as Latvia’s Tet and Israel’s HOT.

The channel is expected to resume operations with a broadcast limited to several hours a day before eventually returning to round-the-clock programming.

Its signature news segment will return to the air alongside shows hosted by Dozhd journalists Yekaterina Kotrikadze and Anna Nemzer, as well as a weekly roundup show hosted by Mikhail Fishman.

“After that, we will gradually introduce other projects and jump-start new ones,” said Dzyadko.