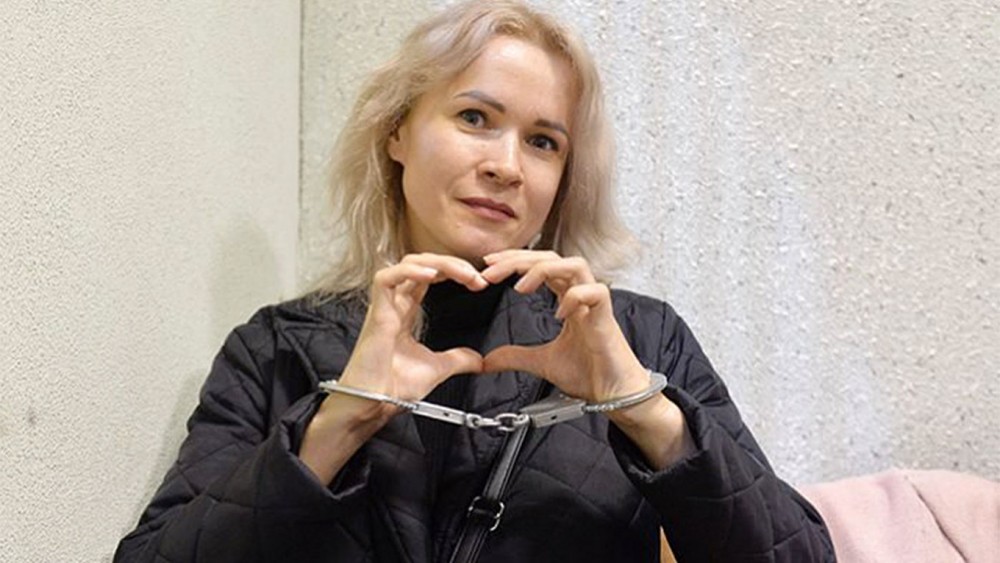 Maria Ponomarenko (44) was detained in St. Petersburg in April and faces up to 10 years in prison if found guilty of spreading “fakes” about the military. Photo: @siberian_times via Twitter

A Siberian journalist and activist has been moved to a psychiatric hospital while facing trial for publishing “fake news” about the Russian army, her colleagues at the RusNews media outlet said.

Maria Ponomarenko, 44, was detained in St. Petersburg in April for allegedly publishing information about the Russian bombing of a theater in the Ukrainian city of Mariupol on the “No Censorship” Telegram channel. She faces up to 10 years in prison if found guilty of spreading “fakes” about the military, charges which fall under a law passed shortly after Russia invaded Ukraine.

Ponomarenko was sent to the hospital to undergo an inpatient psychiatric examination and will remain there for about a month, RusNews said, citing Ponomarenko’s lawyer Sergei Podolskiy.

She is currently not allowed to see or receive letters from her relatives and is only able to maintain contact with her lawyer, Podolskiy said.

Observers have said Ponomarenko’s placement in psychiatric treatment bears a resemblance to the Soviet-era practice of punitive psychiatry against dissenters.

Alexandra Skochilenko — another activist jailed for “fakes” about the army after she replaced supermarket price tags with information about the Mariupol theater strike — was also ordered to undergo a psychiatric evaluation last month.

Ponomarenko has faced numerous fines for her activist work in the past.

In August 2020, she was fined $180 over a TikTok video that said “Let’s go feed the pigeons on Aug. 8. The birdies are hungry” — a message prosecutors said encouraged people to take part in unauthorized rallies in solidarity with protesters in the city of Khabarovsk. Ponomarenko was then ordered to pay another $180 fine for wearing a face mask emblazoned with the words “Putin must resign” at one of her court hearings.

Podolskiy said in April that the prosecution doesn’t have sufficient grounds to prove that the Mariupol theater strike Telegram posts were indeed written and published by his client.