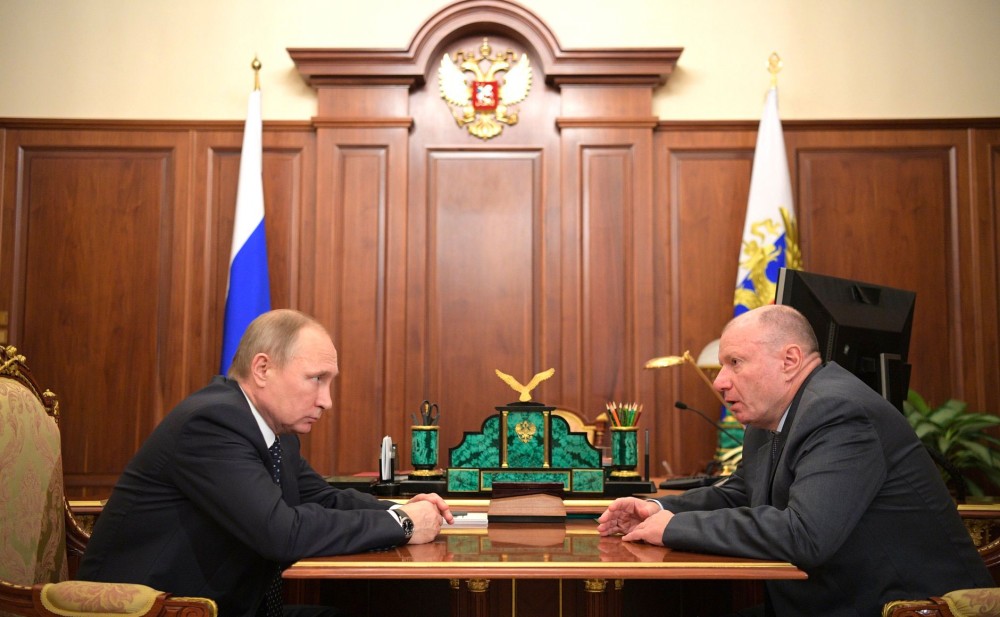 One of the biggest industrialists - and polluters - in the Russian Arctic reiterates his intention modernize and get clean.
Read in Russian | Читать по-русски
By

In his one-to-one meeting in the Kremlin on Tuesday, Vladimir Potanin highlighted to President Putin that Norilsk Nickel will boost production and cut emissions as part of a major modernization effort.

«Our long-term development program has already started and will run until year 2023», the powerful owner and CEO of Norilsk Nickel told the President, a transcript from the Kremlin reads.

Ore extraction will be doubled and the volumes of enriched nickel will increase by about 1,5 times. At the same time, emissions are planned cut by 75 percent, Potanin underlined.

«There will be a very serious modernization of capacities, the production of Norilsk Nickel will become the most modern and biggest in the world», he stressed, and added that environmental problems will be resolved.

The complete cost for the modernization amounts to a staggering 1 trillion rubles (€15.5 billion), of which 250 billion rubles (€3,88 billion) will be spent on environmental efforts.

Norilsk Nickel are among the most dirty companies in Russia with annual emissions exceeding 2 million tons of sulphur dioxide. The company has its key production facilities in the Arctic, in Taymyr and the Kola Peninsula.

In a recent newspaper article, Potanin confirmed that he considers to close the company plant in Nikel, the border town in the Kola Peninsula. The closure could take place after 2019, and would proceed in a similar manner as the closure of the company’s shutdown of a plant in Norilsk in 2016, he said.

The plant in Nikel has for several decades been a returning issue in political talks between Norway and Russia. Despite repeated promises from Norilsk Nickel about upgrades, the plant remains a major source of pollution in the Kola Peninsula.

According to Vladimir Potanin, the company is ready to take on also social-related consequences connected with the company restructuring. About 3,000 alternative jobs will be created to prevent social complications, he says.