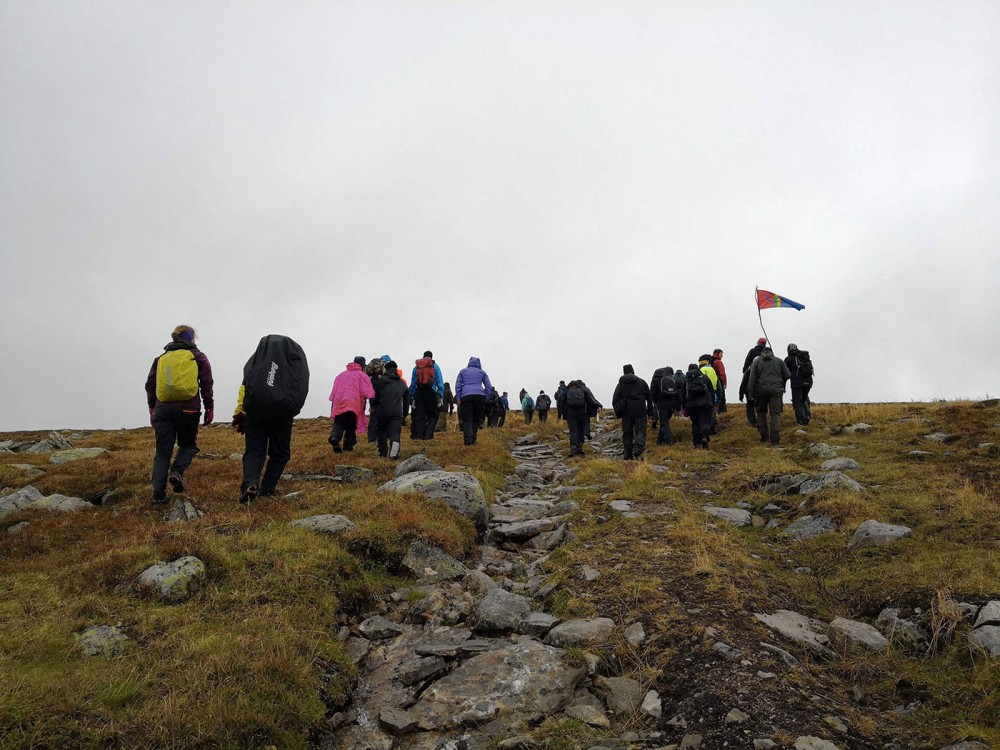 The company Elkem AS has submitted an application to the Norwegian Ministry of Trade, Industry and Fisheries for expropriation of the rights it will need to launch mining operations on Nasafjäll, a mountain area on the border between Sweden and Norway. The company wants to start a quarry in order to mine for quarts on the Norwegian side of the border. In its statement, the municipality of Arjeplog, Sweden, says that the planned mining operations will have an impact on crossborder reindeer herding, calling for a thorough impact assessment.
By

Elkem AS is a company registered in Norway but fully owned by the Chinese company China National Bluestar.

The area of the quarts deposit is owned, via Statskog SF, by the State of Norway. According to Elkem’s application for expropriation, the company is about to sign a final and full contract with Statskog SF that will, for example, give it access to the area and the natural resources there.

The area is also subject to a reindeer herding right that belongs to the Norwegian Saltfjellet reindeer-herding district and three Swedish Sámi villages: Grans Sámi village, Svaipa Sámi village and Semisjaur–Njarg Sámi village. They have not given their permission for mining operations on Nasafjäll, but are waiting for an impact assessment. In its application, Elkem AS says that it is unclear whether, and when, an agreement with the Saltfjellet District and the three Sámi villages can be concluded; therefore, the company is now applying for expropriation.

According to the application, the quarts deposit is the biggest one of its kind in Norway, containing a total of 11.4 million tonnes of quarts, and the operations period of the quarry on Nasafjäll is estimated to be over thirty years.

The area is near the Swedish border and the old silver mine on Nasafjäll, which is one of the three areas in the municipality of Arjeplog that have been rated by the Provincial Board as belonging to Risk Category 1. This means that the area is assessed as constituting a major human health and environmental risk.

Through the Svaipa Sámi village, the municipality of Arjoplog has also co-received the application from Elkem AS. The municipality finds in its statement to the Norwegian Ministry of Trade, Industry and Fisheries that a more extensive impact assessment is needed on the effect of the planned operations on crossborder reindeer husbandry.

In the statement, the municipality says: «The competition between reindeer husbandry and other uses of land has increased over the years. For example, for reindeer herding this has meant that the pastures of the Sámi villages have diminished and become more fragmented. Climate change also has an impact on the livelihood. Each operation can, in the end, have considerable consequencies, and the accumulative impact of different operations must be taken into consideration. […]There should be no decision on expropriation until the necessary impact assessment has been conducted.»

Anders Erling Fjällås is the Chair of the Semisjaur–Njarg Sámi village. He, too, is of the opinion that there should be a thorough study on the impact of mining before a decision on expropriation is made.

«We’re dealing with the same kind of exploitation as so many times before, and this issue has sailed through the Norwegian system extremely quickly. We have a right to herd our reindeer there, but we don’t know yet how the State of Norway will view this right. I hope that no decision will at least be made until there is a good basis for it,» Fjällås says.