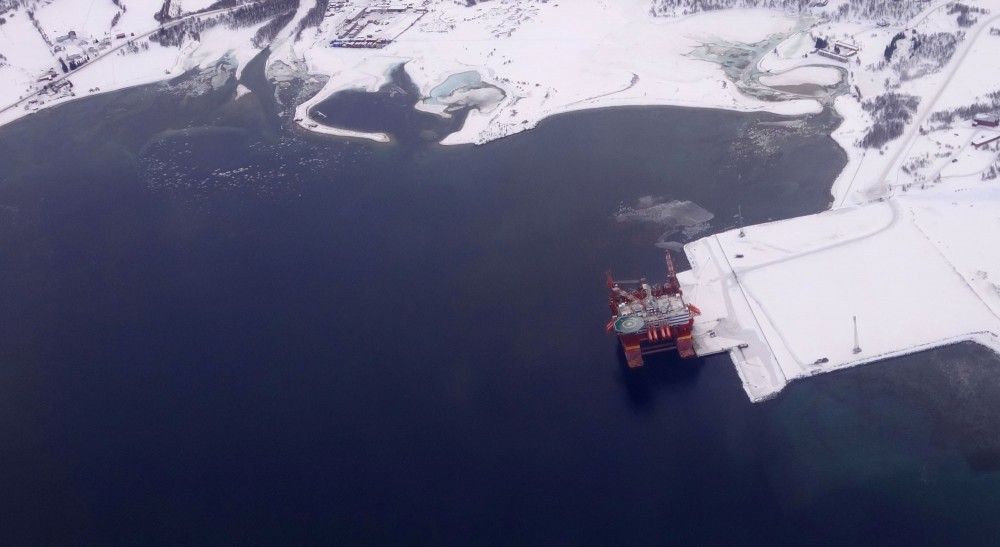 More fields are coming into production and peak oil is expected in year 2023. Arctic waters are priority No 1, the country’s Petroleum Directorate says.
Read in Russian | Читать по-русски
By

As a big storm was sweeping over the northern parts of the country, paralyzing transportation and economic activity, Bente Nyland took the floor in the Oslo premises of the Norwegian Petroleum Directorate. The directorate director made clear that she had good news to tell.

The Norwegian oil and gas production is now about to significantly increase, Nyland said. After 15 years of falling production, the output is bouncing back and a new peak oil is expected in 2023. The volumes of oil and gas will that year be almost on the level of 2004, the Directorate’s new shelf report shows.

«The activity level on the Norwegian Shelf is high. Production forecasts for the next few years are promising and lay a foundation for substantial revenues, both for the companies and the Norwegian society,» Nyland said.

«The high level of exploration activity proves that the Norwegian Shelf is attractive. That is good news!» the Director General underlined in Thursday’s press conference.

According to the new shelf report, oil production will by year 2023 increase to 115 million standard cubic meters, a 40 percent increase from 2019. The increase is much due to the major Johan Sverdrup project which comes into production in 2020.

At the same time, investments in shelf developments are reaching new heights and an unprecedented number of new licenses are issued. In 2018, a total of 87 production and exploration licenses were awarded to oil companies.

The main focus of Nyland and the oil industry is now on the Norwegian Arctic waters. According to the Directorate, nearly two-thirds of the gas resources that have not yet been discovered are located in the Barents Sea. «This area will be important for maintaining high production over the longer term,» Nyland underlined.

The growing Norwegian oil production comes as pressure against the Norwegian oil industry is mounting from environmentalists and the general public.

A new white paper submitted to the Norwegian Government in early December 2018 warns against major risks related to the quickly aggravating climate change. The report Climate risk and the Norwegian economy describes potential catastrophic consequences for society and economy should critical tipping points be crossed.

«The only relevant tool for reducing the risk of catastrophic climate change is effective climate policy,» the authors of the report underline.

Environmental organizations underline that the growing oil production is in stark conflict with the national objective to cut climate gases and combat climate change.

In 2017, Norway emitted a total of 52,7 million tons of CO2-equivalents from its territory, a 1,6 percent decline from 2016, but a 3 percent increase from year 1990, figures from Statistics Norway show.