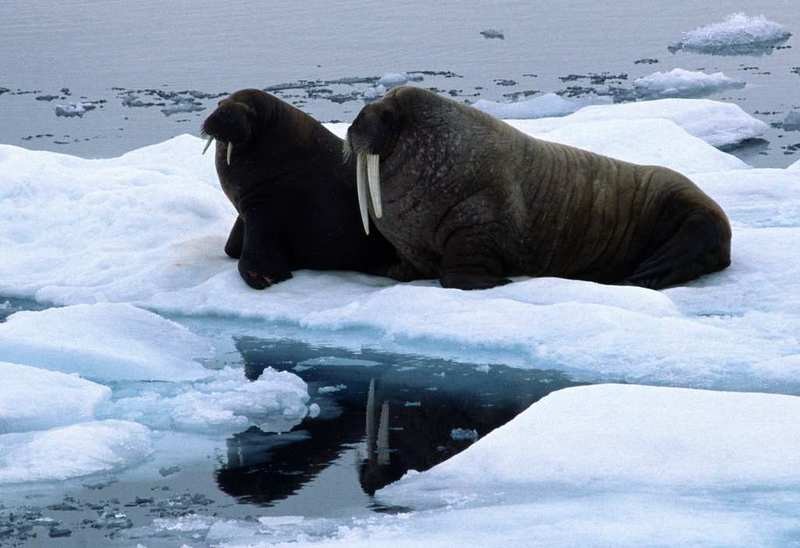 The heat is on for the walruses on the ice in the Hinlopen Strait between Spitsbergen and Nordaustlandet on Svalbard. Photo: Thomas Nilsen

The Arctic, including Svalbard, was 2 to 4 degrees warmer in October than the 1951-1980 average, according to newly released data from NASA.
Text:

World leaders meeting first week of December in Paris for international climate negotiations get bad news from NASA. 2015 will likely be the hottest in instrument-recorded history.

Data from the Norwegian Meteorological Institute says Longyearbyen airport on Svalbard had 3,7 °C over the average normal temperature for October. Also other weather stations on the archipelago showed temperatures ranging from 2 – 3,6 °C over average.

According to the data from NASA, this October had the biggest difference in temperature of any month recorded in NASA’s files. Those data goes back to the 1880ies. The month had more than 1 °C above the 1951-1980 data.

The 1 degree Celsius mark comes just weeks before world leaders are to meet in Paris for the UN Summit on climate change. Earlier, scientists and politicians have agreed that global warming should not go beyond 2 degrees Celsius.