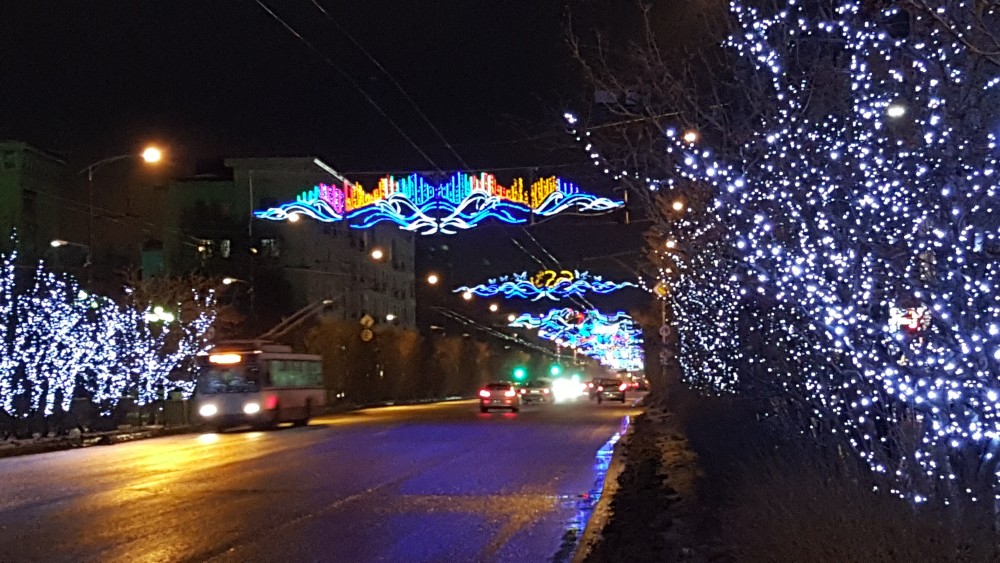 Russia’s climate is more vulnerable to global warming than other regions of the world. While global anomalies in average annual temperatures slightly exceed 1°С, the anomalies in Russia reach 3-4°С, according to a report from the Federal Service for Hydrometorology and Environmental Monitoring.

It is hard to conclude that this is the reason why the streets of Murmansk this weekend were wet of melting snow and drizzling. But rainy streets in the end of November are highly unusual in the world’s largest city above the Arctic Circle. Located at 69° North, Murmansk is infamous for its freezing cold and windy Arctic weather.

This week, the sun will not rise over the horizion and will not be visable for citizens of Murmansk again before January 15th. With the sun gone, the frost normally comes fast.

On Monday, the UN Climate Change Conference starts in Paris. Around 100 of the world’s leaders, including Vladimir Putin, Barack Obama Angela Merkel, meet to find ways to cut emission of greenhouse gases.

It is the portal Climate Russia that refers to Roshydromet’s findings.

The report says Russia’s economic costs of climate change will reach 1,2 percent of GDP and in some regions up to 4,5 percent. As examples, drought caused a significant drop in grain production production in 2010 and 2012.

A highly uncertain factor in Russia’s environment in a global warming is the effect on the permafrost. When temperatures rise, permafrost is expected to degrade. UN’s International Panel on Climate Change (IPCC) estimates that the area of permafrost in the northern hemisphere will decline by 20 to 35 percent by 2050.