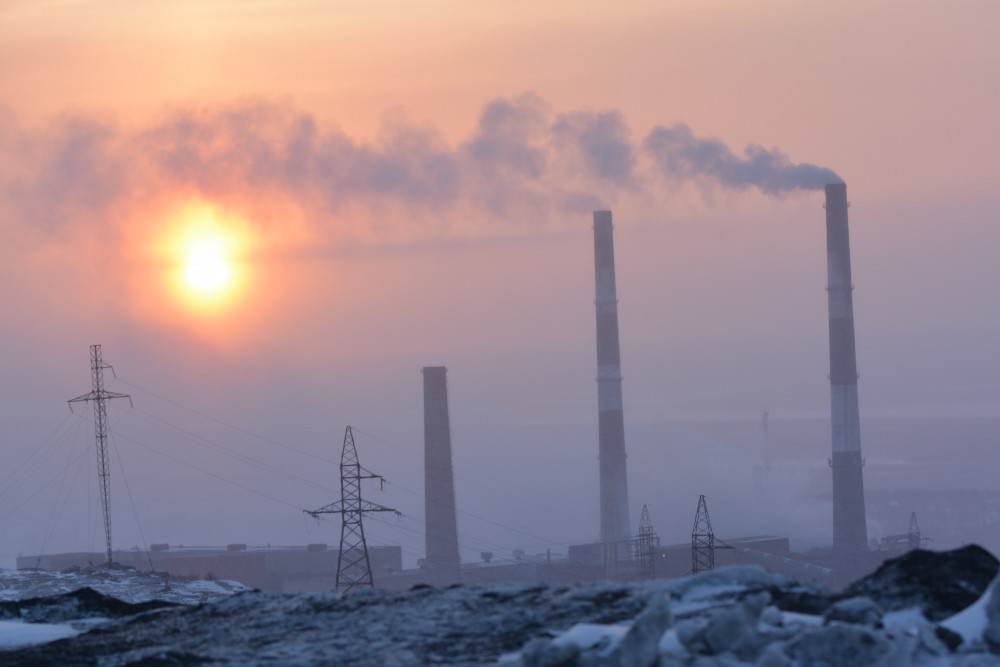 Smoke from the smelter in Nikel contaminates the nature on both sides of the Russian-Norwegian border in the north. Photo: Thomas Nilsen

“Environment and mapping of radioactive contamination are core areas for cooperation with Russia, despite changing political circumstances,” says State Secretary Lars Andreas Lunde in Norway’s Ministry of Climate and Environment after a 2-days visit to Moscow.
By

Political relations between Oslo and Moscow have been frozen at the initiative of Norway after March 2014.

The first meeting to be cancelled was Minister Tine Sundtoft’s participation in the Norwegian-Russian environmental commission meeting, aimed at discussing pollution to Norway from Russia’s nickel industry with here Russian counterpart.

That move was criticised by environmental groups in both Russia and Norway, stating that environmental cooperation in the north should not suffer because of sanctions in the sphere of military and economic relations.

Therefore, it is not coincident that the first political meeting in nearly two years from Oslo to Moscow is exactly re-establishing environmental talks.

The environmental commission meeting this week discussed a set of prioritized issues for the joint environmental cooperation in the high north, including a management plan for the Barents Sea, mapping of radioactive contamination, air-pollution and climate change.

A report made by a joint working group regarding air-pollution in the border area was presented. This is the first such report made by scientists from both countries together. The report includes measurements of sulphur dioxide (SO2) and heavy metals like nickel and cobber on both sides of the border.

“The reports shows that we still have a air-pollution problem in the border area, especially in the town of Nikel on the Russian side, where the air periodically contains 10 times as much sulphur dioxide as the maximum Russian levels permit. But permitted levels are also violated on the Norwegian side every year,” says Lars Andreas Lunde.