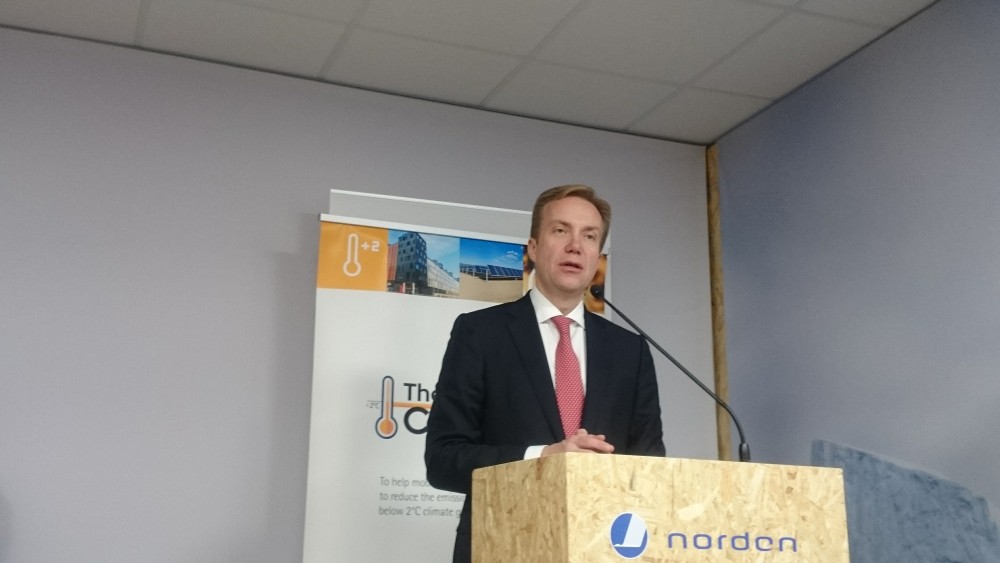 PARIS. The first report of the 1 Gigaton Coalition, initiated by Norway in 2014, underlines the importance of quantifying the reductions in carbon emissions.
By

The 1 Gigaton Coalition launched its first report during the climate conference (COP21) in Paris. The initiative was initiated by Norway in 2014 and is coordinated by the United Nations Environmental Programme (UNEP) with the ambition to increase efforts to quantify and account for reductions in greenhouse gases from improved energy efficiency and renewable energy in developing countries.  While actions for cutting emissions in these areas are rarely measured in developing countries, it is important for ensuring constructive mitigation actions.

“If we are to claim success, we need to measure what we are achieving”, says Børge Brende, the Norwegian Minister of Foreign Affairs, at the launch event for the new report . He maintains that measuring the impact is essential for knowing that we are on track towards the goals that are agreed upon during the ongoing conference.

The first phase of the project has surveyed initiatives to improve energy efficiency and renewable energy in developing countries and the report concludes that the emissions saved could amount to as much as 1.7 gigaton CO2 per year by 2020. This is an important contribution for closing the emission gap of 8-10 gigaton CO2 that much be reduced if the goal of no more than 2 degrees temperature rise is to be achieved. These often small-scale initiatives are at the frontline for making the numbers come together, according to Achim Steiner, the UNEP Executive Director.

The report by the 1 Gigaton Coalition underlines that while these initiative have great importance there are still problems with reporting on their climate impact. “Still we’re not capturing many of the smaller initiatives which are happening in larger and larger scale”, says Steiner. “We do not yet have the metrics to provide a true perspective of the level of effort.” The report concludes that there is need for more work to improve reporting practices and it is suggested that the 1 Gigaton Coalition could play an important role in addressing this issue.