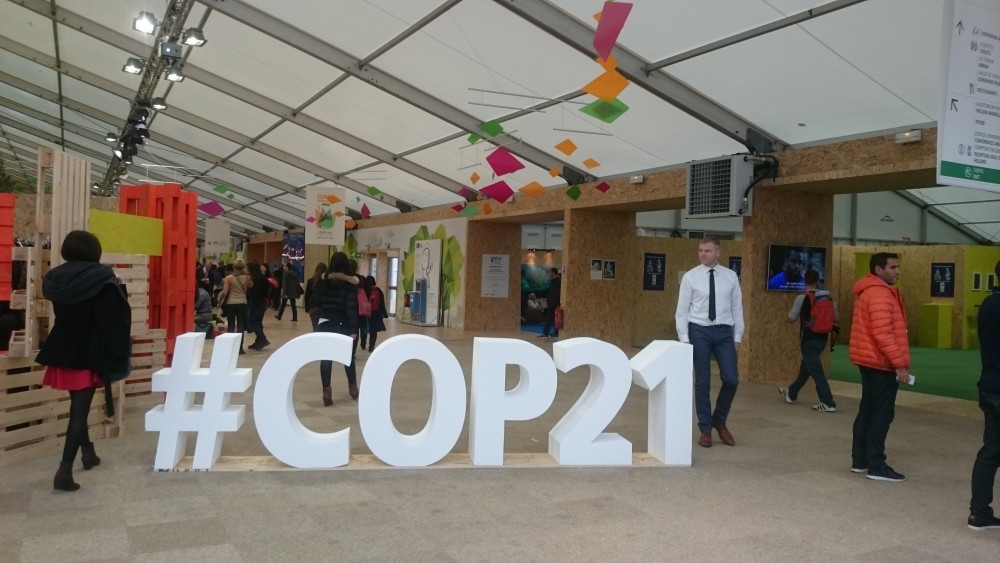 PARIS. Climate change in Lapland is highlighted in a photo exhibition at the ongoing climate conference (COP21) in Paris.
By

The photo exhibition “Climate Change in Lapland’s Nature” is one of thirteen exhibitions open to the public in the Climate Generations Areas at the COP21. The project is run by the Regional Natural History Museum of Lapland and has since its start in 2011 toured in Finland, Russia and France.

The exhibitions seeks to portray the effects of climate change on the natural environment, which is already very well known in the polar regions but has received relatively little attention in the other Arctic areas, despite the fact that the severity of the impact is similar to that of polar regions.

Stephanie Lefrère, who has led the work with the exhibitions, presents the scientific proofs of climate change at one of the side events at the COP21. She accounts for the rise in temperature, estimated to an increase of more than six degrees Celsius by the end of the century if today’s emissions of greenhouse gases are maintained.

The consequences of warming have severe impacts on the natural environment as the number of snow days decline and the permafrost thaws.  Already today 66 percent of the mosses and lichens in Lapland are redlisted and several species are threatened by extinction.

At the same time other southern species spread to new habitats in Lapland. “Birds are a very good example of what is going on with climate change in Lapland” says Lefrère and points out that the blue tit, which previously didn’t exist in Lapland, is moving further northwards while birds that naturally live in colder regions are declining.

The exhibition also shows the impact of the changing climate on the indigenous people and Lefrère notes that reindeer herders increasingly often have to provide artificial food for the reindeers. “With climate change it is going to be difficult, even impossible, for reindeers to dig through the ice crust for lichen”, she says.

The adaptive capacity to extreme events is already high among the northern populations who are used to exposure to harsh environment. The more difficult change is the adaptation to the new average climate.

Mikael Hildén at the Finnish Environmental Institute, notes that some bottom-up initiatives are already taking place among communities in Finland. One example is the HINKU Forum, a network of municipalities seeking to exceed the national climate goals by reducing their greenhouse gas emissions by 80% by 2030 (from the 2007 baseline). However, none of the municipalities in Lapland are connected yet connected to the HINKU Forum and Hildén notes underlines that there is need for a stronger local focus on mitigation as well as adaptation.