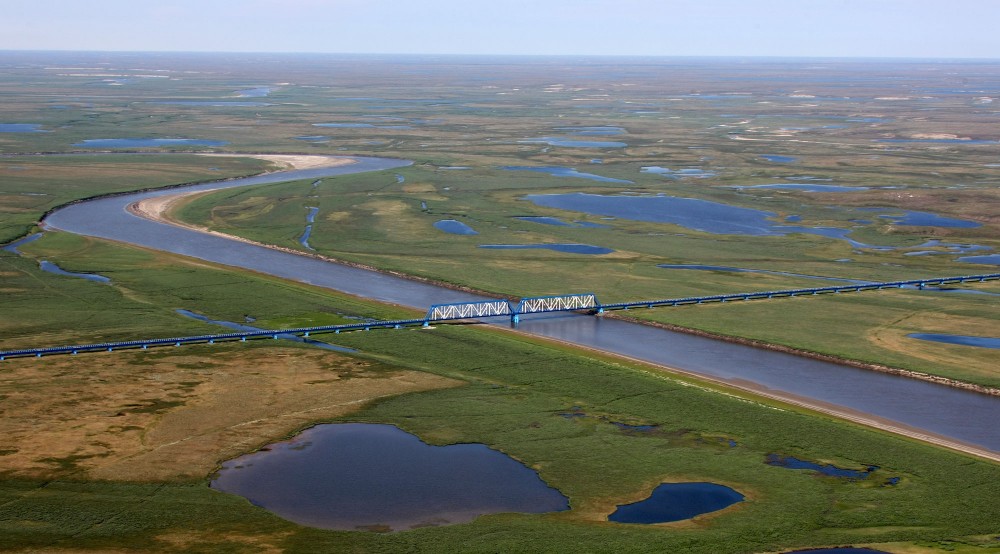 Arctic infrastructure will be at risk and the number of emergency situations is bound to increase, the Russian natural resource minister says.
By

”In the Arctic, the consequences of permafrost melting could take highly unexpected forms”, the minister says.

Minister Donskoy fears that melting of permafrost will undermine the stability of Arctic infrastructure. He also believes that the likelihood of dangerous phenomena like the gas-released sinkholes in Yamal will increase.

That could have also serious economic consequences for Russia, which has a key share of its powerful oil and gas industry on Arctic lands.

”The accumulated economic effect of climate change for Russia are very complicated to predict because of the country’s major dimensions”, Donskoy says to the news agency.

The minister highlights the responsibility of the companies active in the Russian permafrost belt. ”Each and every owner of exposed infrastructure objects, including local authorities, […] must possess exact information about their numbers and condition”, he underlines.

The statements comes as the minister prepares to head to Paris to take part in the COP21 global climate summit. Donskoy will deliver a short speech on Russia’s plans to reduce emissions, the ministry press service informs.