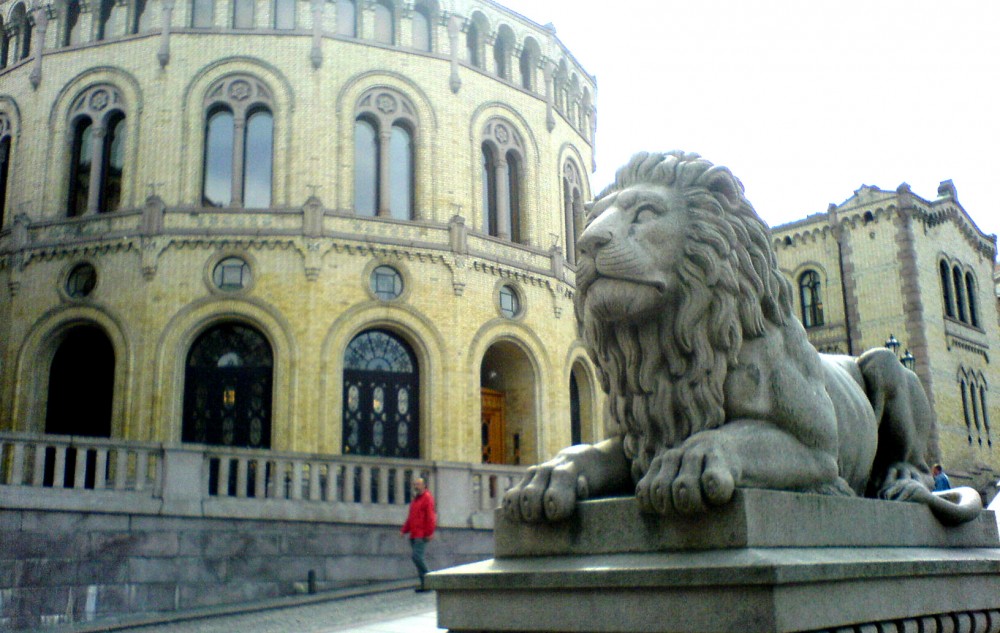 The Norwegian Parliament, the Storting, might be acting in contradiction with the Constitution if it approves drilling in the Arctic, a group of Norwegian lawyers say. Photo: Atle Staalesen

”This will be the court case of the century,” Norwegian Supreme Court lawyer Pål W. Lorentzen says about the planned legal action against the Norwegian state.
By

A group of high-profile lawyers are joining forces against Norway’s oil activities in Arctic waters. Headed by Pål W. Lorentzen, the legal experts are preparing a court case against Norwegian authorities, E24.no reports with reference to Bergens Tidende.

”Paragraph 112 of the Constitution commits our legislators to exert a policy which does not harm the planet for the next generations”, Lorentzen says. ”We will assess the possible implications of the paragraph on the policians’ decision-making powers, for example in issues of Arctic oil drilling”, he adds.

Many people hope this paragraph will be able to save future generations, Lorentzen says. He is supported by a range of environmental organizatons, artists and thousands of ordinary people.

It is not yet clear when Lorentzen and his colleagues intend to file the case and which lawyers will be responsible.

The law suit comes as Norway commits itself to major emission cuts as part of the new Paris Climate Agreement.

The Norwegian cuts might however not come any time soon. Norway’s new Minister of Climate and Environment Vidar Helgesen says to newspaper Aftenposten that he can not guarantee emission cuts over the next couple of years.