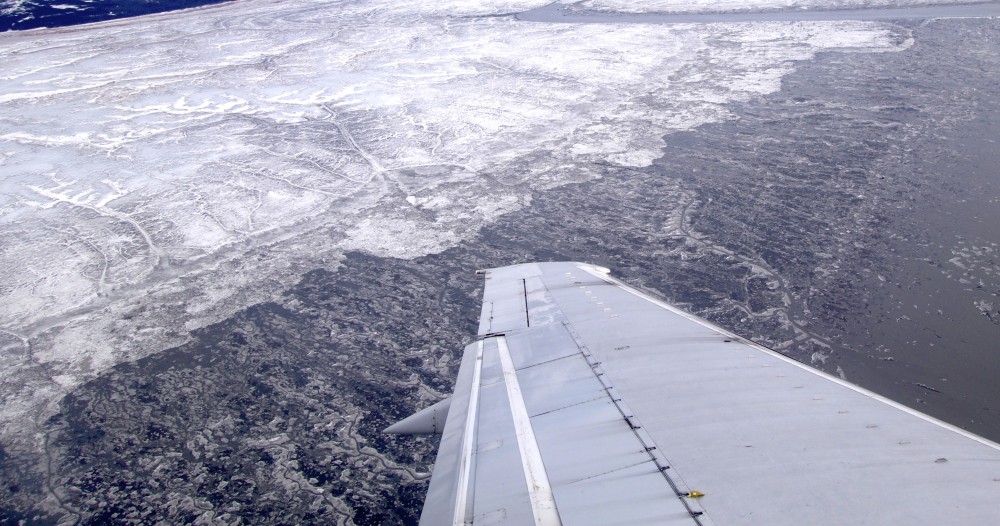 Mid-winter and Arctic sea ice should steadily grow. Not so this year. The Barents Sea actually saw a declined last month.
By

Something is terribly wrong with the climate in the Arctic. New Year had temperatures rising to zero Celsius and Svalbard had normal summer temperatures around Christmas. The latest news from the Colorado based National Snow & Ice Data Centre unfortunate fits the same picture.

“Arctic sea ice was at a satellite-record low for the second month in a row,” the February report from the researchers studying the satellite data reads.

Normally, sea ice extent in the Arctic grows until mid or late March. And so it did in the Sea of Okhotsk outside Russia’s Far East and in the Baffin Bay in Canada. The European part of the Arctic, however, had the opposite of sea ice growth.

“Extent decreased in the Barents and East Greenland seas during the month of February,” the report says.

The map shows that it is especially the waters north and southeast of Spitsbergen, in addition to the waters west and northwest of Novaya Zemlya that have way less sea ice than normal for February.

The declining trend for the Barents- and Kara Seas ice extent likely got an extra boost this year following the storm Jonas that brought warm humid air into the Arctic. That was the same weather system blowing the temperatures at the North Pole itself to nearly 40 degrees Celsius warmer than normal.