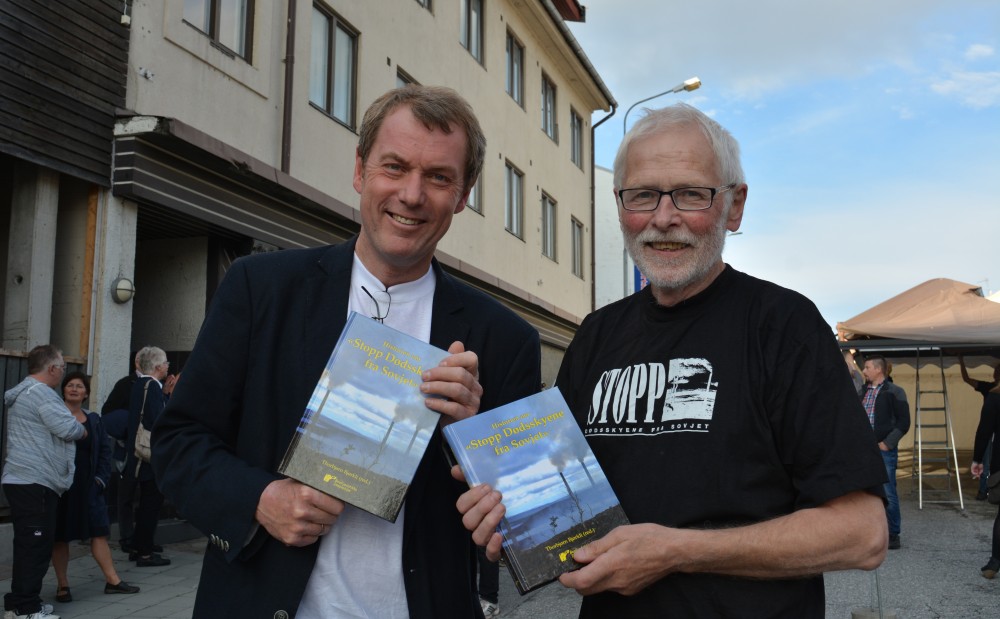 A new book tells the story about how a popular movement gathered the whole community of Kirkenes in a joint protest against heavy pollution from neighboring Nikel. More than two decades later, the winds still bring poisonous sulphur across the border.
Read in Russian | Читать по-русски
By

The Soviet Union was on the verge of collapse, the border was opening and a wave of environmental activism was flowing across Norway. In Kirkenes, the Norwegian border town, a popular movement against the nickel plant in the neighboring Russian municipality of Pechenga quickly gained momentum.

The movement, which got the name «Stop the Soviet Death Clouds», was established in 1990 and soon won support from big parts of the local community. It marked the start of a long-lasting Norwegian battle against Russian nickel polluters, a battle which, albeit in a different format, continues to this day.

Poisonous clouds
The book, which was released this week, gives a picture of how members of movement took bold action and literally broke borders in their bid to stop the Russian polluters. It also tells how the movement managed to attract wide-reaching attention from all of Norway, even from the top of the country’s government.

Together with the plant in Nikel, company Norilsk Nickel runs a string of other heavily dirty production facilities in both the Kola Peninsula and the west Siberian Taymyr Peninsula. That makes it one of the worst polluters in the whole Arctic.

A role for the Arctic Council
In a debate organized in Kirkenes this week, Norwegian MP Frank Bakke-Jensen suggested that  the pollution by Norilsk Nickel is addressed by the Arctic Council. «It’s a clear case, people will listen to the Arctic Council and the body has the sufficient weight to address the problem», he underlined.

He agrees with Kirkenes Mayor Rune Rafaelsen that companies such as Apple and Tesla, both buyers of nickel products, will not like to be associated with the dirty practices of Norilsk Nickel.

The nickel pollution has since 1993 been on top of the agenda in bilateral environmental cooperation between Norway and Russia. Hundreds of technical and political meetings have addressed the problem. Meanwhile, Norilsk Nickel has continued its massive emissions.

Time for action
«Enough is enough, we are tired of talks and dialogue», says Cecilie Hansen, former town mayor of Kirkenes and inhabitant of the Pasvik valley, one of the Norwegian areas worst affected by the nickel pollution. «We have not managed to agree about a thing [..] now we need action», she underlined in the debate.

When town mayor, Hansen made efforts to sue the nickel company, but was stopped last minute by the municipal council.

“Nick Mr. Potanin”
Kåre Tannvik was one of the main initiators of the «Stop the Deach Clouds». In a stunt in 1990, he broke into a meeting between corporate representatives of the Russian mining company and poured dirt water into their glasses. He organized street protest rallies in downtown Kirkenes, and exerted pressure against the Norwegian government of PM Jan P. Syse, which ultimately cashed out 300 million NOK in support to plant modernization in Nikel.

«We have talked enough», Tannvik said in yesterday’s debate. «What we have to do is to nick the man behind it all, Mr. Vladimir Potanin, and make him Persona Non Grata in Europe», Tannvik underlined.