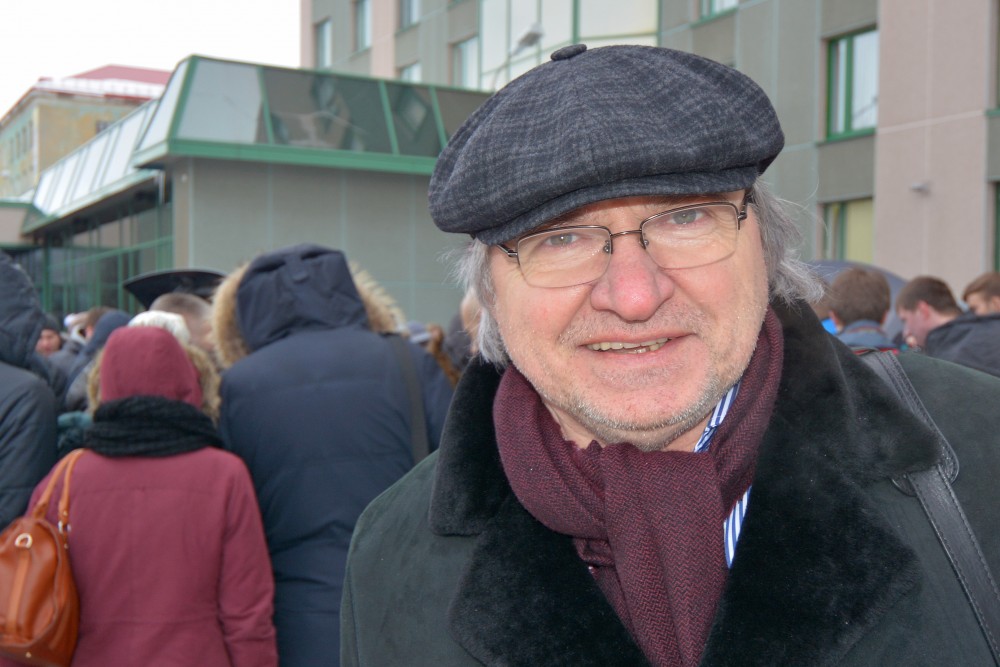 «We won’t throw away our very important work over such small change,» says Aleksandr Nikitin, Chairman of ERC Bellona.
Read in Russian | Читать по-русски
By

Environmental Right Centre Bellona (ERC Bellona) is one of the most prominent NGOs in Russia working on nuclear safety and pollution challenges in the northern regions. With offices in both Murmansk and St. Petersburg, the organization has since the mid 1990ies helped targeting international funding to dismantle Cold War submarines and secure radioactive waste in the Murmansk and Arkhangelsk regions.

Part of Bellona’s activities in Russia has since 1993 been financed by Norway’s Ministry of Foreign Affairs. In 2012, the Russian parliament passed a law stipulating that non-governmental organizations (NGOs) operating in Russia on foreign funding should register themselves as «foreign agents» with the Ministry of Justice if they engage in political activity. It is for the Justice Ministry to decide if an organization’s activity is political or not.

«The decision to establish Bellona as a foreign agent is taken by the Main Department of the Ministry of Justice of Russia in St. Petersburg after an unscheduled on-site inspection,» the document posted by the Ministry on Monday reads.

«We expected this decision,» says Aleksandr Nikitin from Moscow on Tuesday. He, however, underlines that the «foreign agent» stamp will not hinder Bellona’s work in Russia.

«This means that we will continue working in Russia. We won’t throw aside our very important work over such small change,» Nikitin says.

«All of our projects remain, all of our people will caiman, and we will find ways to continue the work.»

In Murmansk, the organization has three persons on the employee list of ERC Bellona in St. Petersburg after their own organization, Bellona-Murmansk, was declared «foreign agents» in March 2015.

«What will happen next? It is too early to think about the future,» he says.

Commenting on the foreign agents law, Human Rights Watch writes in an chronicle that for the past four years, the Kremlin has sought to stigmatize criticism or alternative views of government policy as disloyal, foreign-sponsored, or even traitorous.  It is part of a sweeping crackdown to silence critical voices that has included new legal restrictions on the internet, on freedom of expression, on the rights of lesbian, gay, bisexual and transgender (LGBT) people, and on other fundamental freedoms.

In Oslo, Bellona’s Nils Bøhmer confirms that the organizations’ work in Russia will continue despite the «foreign agent» branding.

«We have several possibilities to organize our work in Russia that we will investigate. We will find the best way to organize it so that all our activities are done in accordance to Russian and Norwegian law, for example concerning taxes,» Bøhmer says to the Barents Observer in a Skype conversation from Oslo.

«We feel that this is a very unfair decision by the Russian authorities, especially since Bellona’s work in the past decades has been one of the main reasons for the international funding of the nuclear clean-up work in Northwest Russia,» he says.

ERC Bellona is the 152th organization tarred with the foreign agent label since the law came into effect, according to an overview posted by Human Rights Watch this week. Only four groups have registered voluntarily.

Monday’s decision by the Justice Ministry has triggered massive media coverage in Russia, with coverage in news agencies like Interfax, Tass, Regnum and Rosbalt and national newspapers like Kommersant and Vedomosti, in addition to radio stations like Echo Moskva and Radio Svoboda.

In addition to Bellona Murmansk, eight NGOs working in the Barents Region have been branded as “foreign agents” - several of them have shut down their activitites as a result.