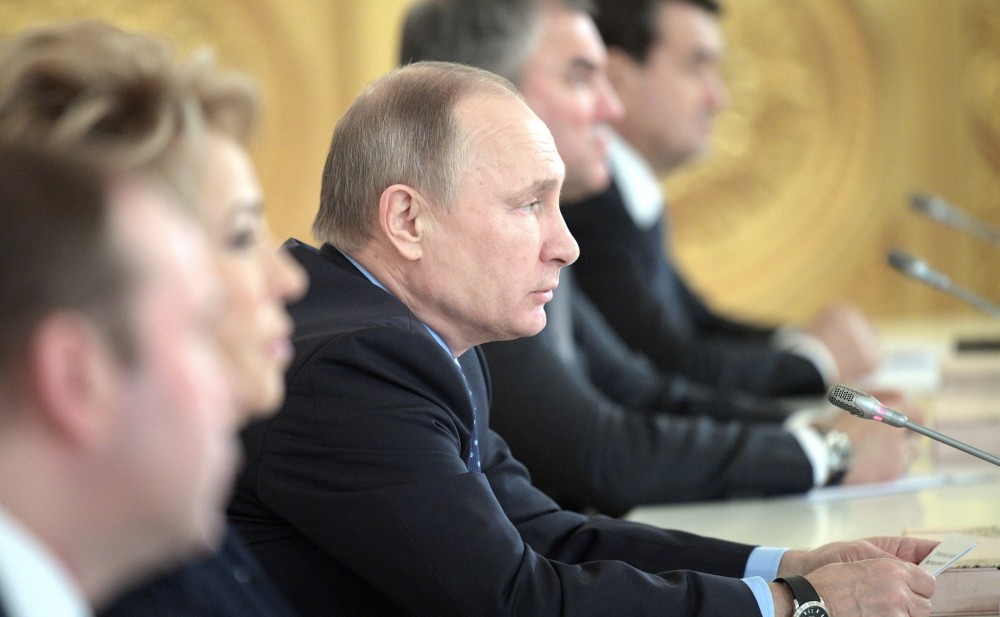 As Russia starts its Year of Ecology, the President presents a grand vision for a new and cleaner country. He demands radical modernisation of Russian industry.
Read in Russian | Читать по-русски
By

«Our main issue is to get a drastic reduction of emissions […] by means of technological transformation of industry, the introduction of the best available technology», Vladimir Putin said in a State Council meeting devoted to environment.

The meeting was held on 27th December, as Russia was entering its Year of Ecology, an initiative raised by president himself.

«The situation with harmful emissions remains extremely unfortunate; as much as half of the population in the cities lives with a high level of air pollution», Putin said, adding that «the industry must do more to improve the situation.

«We know that far from all companies devote sufficient attention to these questions», the president said, and underlined that «we will allow no more postponement of measures».

«I presume that the industry is listening to me; the required introduction of such technology can not be postponed».

According to the President, pollution and emissions must be cut with «at least 50 percent».

In a recent interview with newspaper Vedomosti, Potanin shed light on an ambitious $14 billion development program, which will transform his company «from a polluter to a role model for environmentally friendly companies».

Among the measures presented by Potanin is a possible closure of the smelter in Nikel, the border town in Murmansk Oblast. According to Potanin, the closure could be put in effect after 2019.

Norilsk Nickel is one of Russia’s most dirty companies, with sulphur emissions amounting to more than two million tons per year.

Challenge for Russian industry
The introduction of new technology will not only be good for the environment, Putin argues. «This is a powerful resource for enhanced efficiency and competitiveness of domestic companies, for the whole Russian economy.»

However, the introduction of the measures will not come easy. The country’s economy been been through two years of recession and and growth prospects are modest for 2017. In 2016, the country’s industrial production grew by only about 0,8 percent. Russian companies are from before struggling to makes ends meet.

According to Minister of Natural Resources Dmitry Donskoy, the ambitions outlined by Putin will require investments amounting to as much as 1,5 percent of Russian GDP. Companies will be assisted with various incentives and economic stimulus measures, he assured in the State Council meeting. And pollution fines for the companies that refuse to introduce the new and best available technology will be quadrupled.

“No way back”
An environmental report issued by the Ministry of Natural Resources in 2016 shows that air pollution in 59 percent of Russian cities are higher than permitted and that 20 percent of them has «high» and «very high» concentrations of harmful substances.

Russia’s current emissions of climate gases are estimated to about 2,700 million tons per year.

In the spirit of an environmental activist, Putin argues that there is no way back.

«If we continue to take only half-measures and refer to more important issues, then the emissions of harmful substances and climate gases will by year 2050 reach a critical level — we all understand that this means that will leave the environment to the next generations in a state not suitable for living.»