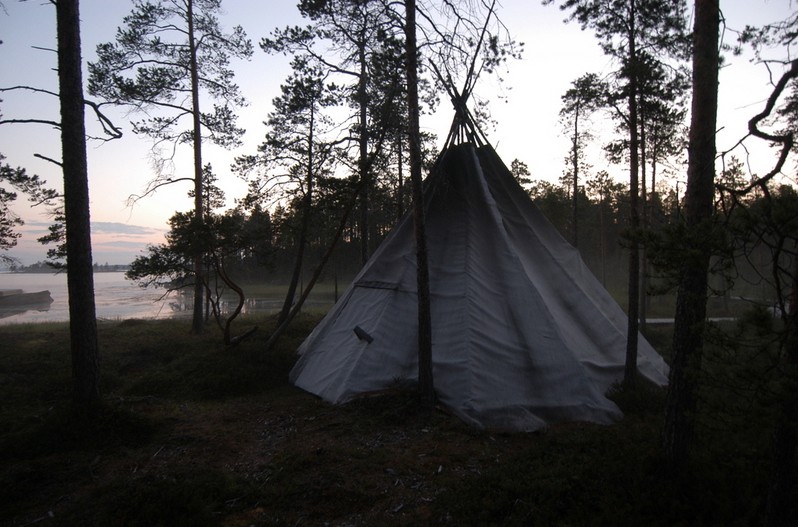 On the shore of great Lake Inari. Photo: Thomas Nilsen

A local conservation association in the municipality of Inari, Finland, wants to restrict the construction of cabins on the shores of Lake Inari, and proposes that the great lake and its surroundings is made a national park.
Read in Russian | Читать по-русски
By

The words “A quite forgotten lake there is so far away up north” were written by Sakari Topelius, a Finnish author and journalist who also collected stories 150 years ago. The ones who have always lived on Lake Inari, fishing in it, of course disagree with the view of Topelius (1818–1898). Nevertheless, Topelius might agree with those who now want to protect the environment of Lake Inari, as he was, in his times, known for being against the exploitation of nature.

Everyone wants to benefit from Lake Inari. Some people enjoy its natural beauty and silent surroundings and want to eat its fish, while others want to make use of the lake in other ways.

The local conservation association Inarin luonnonystävät wants to make Lake Inari a national park. They want to conserve the lake for future generations and restrict the construction of cabins, says Ilkka Roininen, the chair of the association.

“We’d like to have the shores protected and restrict the excessive building of recreational cabins, as Lake Inari is the last large wild lake in our country.”

According to Roininen, too many cabins are also being built in Finland in general. Their use is decreasing all the time. His family has a cabin in Nanguvuono on Lake Inari, so he has seen what happens to the cabins.

“We can already see it in Nanguvuono: the cabins that are seldom used have begun to rot and the ones that are not used at all are decaying fast.”

In the new land use proposal for Lake Inari, 142 new sites for cabins have been reserved, in addition to the earlier sites for the same purpose. This would raise the total number of sites for recreational cabins to approximately 695; on 430 of them, a cabin has already been built, while 265 sites – 142 of them new ones – are without a cabin.

Three complaints have been submitted on the plan proposal, and the cases on the plan are now being heard by the Administrative Court. The local conservation association has also submitted a complaint concerning the shore areas that have been reserved for logging.

According to a politician, there are enough conservation areas in Inari

The municipality of Inari has not dealt with the proposal of establishing a national park, but Jari Huotari, the Chair of the Municipal Board, has an opinion on the issue.

According to Huotari, people need to be able to make use of the lake. He also wants to keep the decision-making power in the municipality.

“National parks get a special management plan, which usually places restrictions on the activities and ways of moving in the park. We have, for example, the Urho Kekkonen National Park where no permits for riding a mountainbike have been granted until this year.”

“The municipality has the primary responsibility for planning the use of land. In terms of land use, a management plan of the park will take the decision-making power away from the municipality,” Huotari points out.

He hopes that the revised plan proposal of the municipality will be adopted.

“It was prepared well and all the stakeholders were heard. A plan on the use of land also allows us to use Lake Inari in a controlled way,” Huotari says.

A petition for founding a national park will be launched

In December, the conservation association Inarin luonnonystävät will launch an online petition for founding a national park in the region of Lake Inari. This way, the association hopes to find out whether the inhabitants of the municipality support the founding of a national park.

“One could imagine that such an internet petition will show to what extent the local population support the idea of making Lake Inari into a national park. Then, we will know what the situation is.”

“If you talk to ordinary people, they always want to protect Lake Inari. But for many people, the term “national park” has a frightening tone to it. As for me, I see national parks as something meant for people. The local people could be able to use the area in the same way as now,” Roininen emphasizes.

The conservation association expects to get so many signatures that they can present the proposal to the municipal decision-makers and that the politicians will support it enough to promote it.

“The association is too small to promote the proposal on its own. Therefore, the proposal should come from the municipality of Inari, for example. We are planning to use the petition for making a proposal to the municipality so that it would at least investigate the issue. For example, they could analyze whether a national park would bring more tourists and publicity to the region,” Roininen reflects.