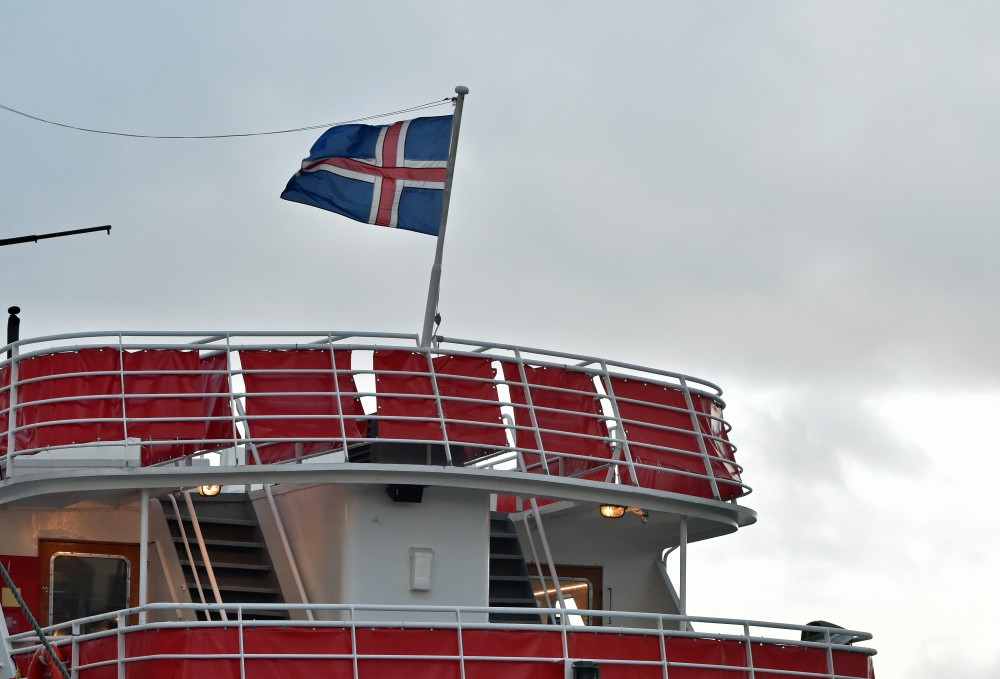 The readings were taken by Germany’s Nature and Biodiversity Union (NABU) and the Iceland Nature Conservation Association at the Port of Reykjavik.

“Air pollution levels in the wind direction from arriving or departing vessels were up to 1,000 times higher compared to local background concentrations,” the groups said in a news release.

“I think people in Reykjavik were pretty shocked,” Arni Finnsson, from the Iceland Nature Conservation Association, told Eye on the Arctic in a phone interview.

“Their town, on the whole, is pretty clean, but receives this type of pollution several times a week when these big, sometimes huge, cruises visit Reykjavik Harbour .”

Tourism in Iceland has been experiencing a major boom in recent years and cruises are increasingly visiting Reykjavik and Iceland’s other coastal towns.

Finnsson said this is not a good longterm development for the environment.

He hopes Iceland considers following Norway’s footsteps, where plans are underway to ban cruise ships from certain Norwegian fjords as early as summer 2019 over pollution concerns.

“(Cruise) tourists are not visiting Iceland very much they are just sailing around the island, and often times close to the coast,” Finnsson said. “This pollution can affect people and nature all over Iceland. This kind of pollution can disperse up to 400 kilometres inland.”

NABU’s Axel Friedrich, a former official at Germany’s federal environmental agency, said these emissions also have a link to climate.

“Air pollution from ships is carried hundreds of kilometres inland where it contributes to local air quality problems and likewise drifts onto glaciers and sea ice areas where it darkens the surface and thereby increases heat absorption. Soot is ranked as the second-most significant global warming contributor after carbon dioxide,” he said in a news release.

Environmental groups say governments need to take stronger action against heavy fuel oils in the Arctic and that the cruise line industry needs to invest more in clean fuel and exhaust gas technology.

“The use and carriage of heavy fuel oil is unacceptable in Arctic waters,” said Dietmar Oeliger, head of transport policy at NABU, in a news release.

“The ships must switch to low sulphur fuels and install particulate filters and nitrogen catalysts in order limit the amount of harmful emissions.”

Meanwhile, Finnsson hopes Iceland will follow through on plans to ratify annex six of  MARPOL, the International Convention for the Prevention of Pollution from Ships

“We need to do everything we can to save the Arctic,” Finnsson said. “The Arctic is melting very fast, the oceans of acidifying.

“In Canada, in Iceland, the U.S., the Nordic countries, in Russia; we need to throw all our effort into saving the Arctic because it’s key for the global climate.”