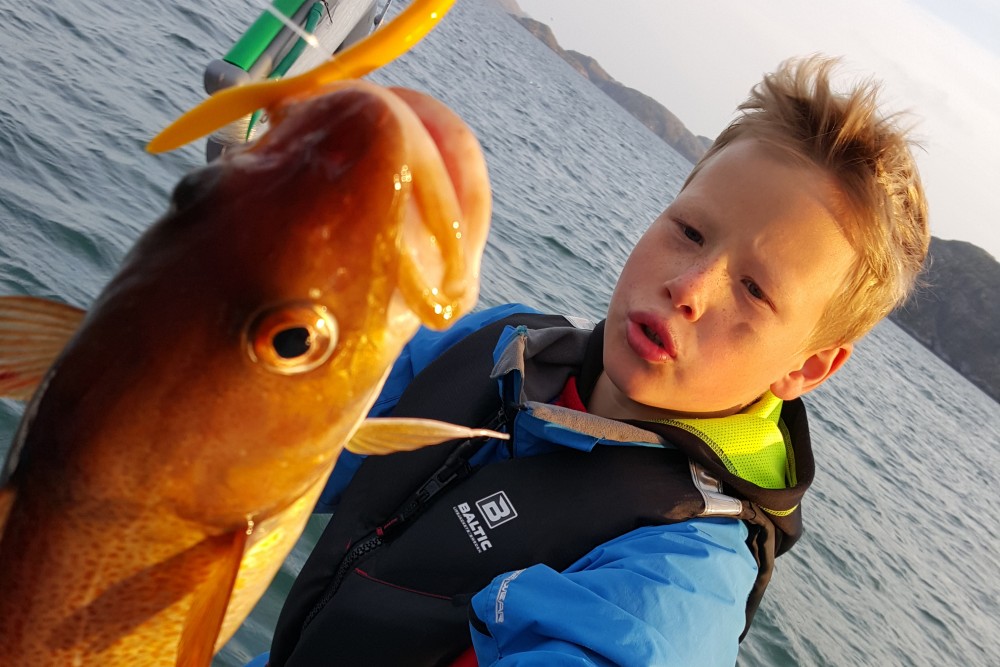 Ocean acidification combined with warming of the world oceans and loss of oxygen is having a severe impact on key Arctic marine species such as polar cod in the Barents Sea, according to a new study conducted by German scientists.
Read in Russian | Читать по-русски
By

The eight-year interdisciplinary study, which began in 2009 and involved more than 250 scientist in the German research network on ocean acidification BIOACID (Biological Impacts of Ocean Acidification), investigated how different marine species respond to ocean acidification – a change in the ocean chemistry that occurs when carbon dioxide (CO2) from the atmosphere dissolves in seawater.

In addition to ocean acidification, the study, Exploring Ocean Change: Biological Impacts of Ocean Acidification, also examined the cascading effect of other stressors such as ocean warming, deoxygenation, overfishing and eutrophication – the increased concentration of nutrients in estuaries and coastal waters that causes harmful algal blooms, ocean dead zones and fish kills.

By taking up carbon dioxide from the atmosphere, the ocean slows down global climate change. It acts as a gigantic carbon sink, without which our planet would heat up much more and much faster than we observe today. But as carbon dioxide dissolves in the ocean, it triggers a chemical reaction with far-reaching consequences: carbonic acid is produced and the water becomes more acidic – its pH declines, the study said.

Since the beginning of the Industrial Revolution fuelled by the burning of fossil fuels – from coal to oil and gas – the average pH of the global ocean surface has already fallen from 8.2 to 8.1. That seemingly small change corresponds to an increase in acidity of about 26 per cent, according to the study.

The study by some 20 research institutes combined laboratory and large-scale field experiments conducted with keystone species and natural communities in various habitats in the North Sea and the Baltic, the Arctic, and Papua New Guinea, to examine the effects of this increased acidification.

The results indicate that by the end of the century, Atlantic cod stocks in the Baltic and the Barents Sea might be reduced to about a quarter of today’s size due to ocean acidification, said Felix Mark, marine ecophysiologist at Alfred Wegener Institute, Helmholtz Centre for Polar and Marine Research (AWI).

Rising water temperatures in the North Sea and the Barents Sea around Spitsbergen, are allowing the Atlantic cod to move northwards and invade the habitat of the native polar cod, said Mark in a phone interview from Germany.

Laboratory experiments at Alfred Wegener Institute in Bremerhaven have shown that the highly specialised polar cod needs certain temperatures to thrive, said Mark who was the lead researcher in the BIOACID study into effects of ocean acidification on polar and Atlantic cod populations.

In the meantime its larger southern cousin, the Atlantic cod, is far more able to adapt to changes in water temperature and the food web, and could eventually take over the polar cod’s environment, Mark said.

“The Atlantic cod is a very strong predator, it eats about everything it can find, and for that reason it has the potential of overturning the whole ecosystem up around Spitsbergen,” Mark said.

The polar cod have been the key species in that ecosystem, linking the lower levels of the food webs such as plankton to higher level food levels such as seals and whales, he said.

“Now the Atlantic cod comes and invades that ecosystem,” Mark said. “The problem is as the oceans are warming the polar cod would also move polewards but since we are already at the poles up there, they can’t move any further, basically with their backs against the wall.”

The polar cod will likely be driven out of their ecosystem around Spitsbergen within the next two decades, depending on the speed of ocean warming, Mark said.

A similar process could take place in more northern latitudes of the Arctic Ocean in Canadian and Greenlandic waters with the Atlantic cod moving into the habitat of the Arctic cod, which is closely related to the polar cod, he added.

“It looks like the northeastern shelf of Greenland might become a habitat that is favourable for Atlantic cod,” Mark said. “They could spill over from the South Greenland and Iceland population and Spitsbergen population.”

For the moment the two species are still there off the coast of Spitsbergen, Mark said.

This might be good news for fisheries in the short term because it would lead to increases in stocks of Atlantic cod, he said.

“For the moment Norway is very happy because they realized that the range of the Atlantic cod actually extends polewards into waters north of Svalbard and the Barents Sea, so actually the fishery yield is going up for Atlantic cod at the moment,” Mark said.

But in the long run, it is unclear if the Arctic ecosystem can support stable populations of this voracious predator, Mark said.

“Of course, there will be a tipping point as warming and acidification increase, we think in about 30 years time they will start to decline and that will be final,” Mark said. “So they have to think of solutions for that scenario.”

The BIOACID researchers showed their model projections to small-scale fishermen and tourism operators in Norway who are very concerned by their findings, Mark said.

“You already observe decline in polar cod and that means that the big predators that feed on polar cod – like whales and seals and polar bears – they try to go after them and they get out of range of little boats of whale-watchers and seal-watchers,” Mark said. “And for Svalbard they already have an impact on tourism.”

It’s also unclear how the eventual disappearance of the polar cod might affect Arctic marine life that prey on them and whether they can switch to the much larger Atlantic cod as their primary food source, Mark said.

Early life forms affected the most

One of the major findings of their research was that ocean acidification affects the most the early life stages, such as the embryos in the eggs, Mark said.

“You can look into an adult fish and you don’t see the immediate effects of ocean acidification and warming, but if you subject the offspring at the very early life stages to the same conditions, you would already see high mortality and reduced growth,” Mark said.

“If there is no offspring, it doesn’t help a lot if the parental generation is coping with ocean acidification and warming. When the offspring doesn’t come through anymore, then of course you’re doomed in the long run.”

The research also showed that that almost half of the marine animal species tested react negatively to already moderate increases in seawater CO2 concentrations. Organisms that need calcium to build their shells were more sensitive, while non-calcifying algae that use carbon dioxide for their photosynthesis may even benefit, the study showed.

It was supported by funding from the German Ministry of Education and Research with €22 million.