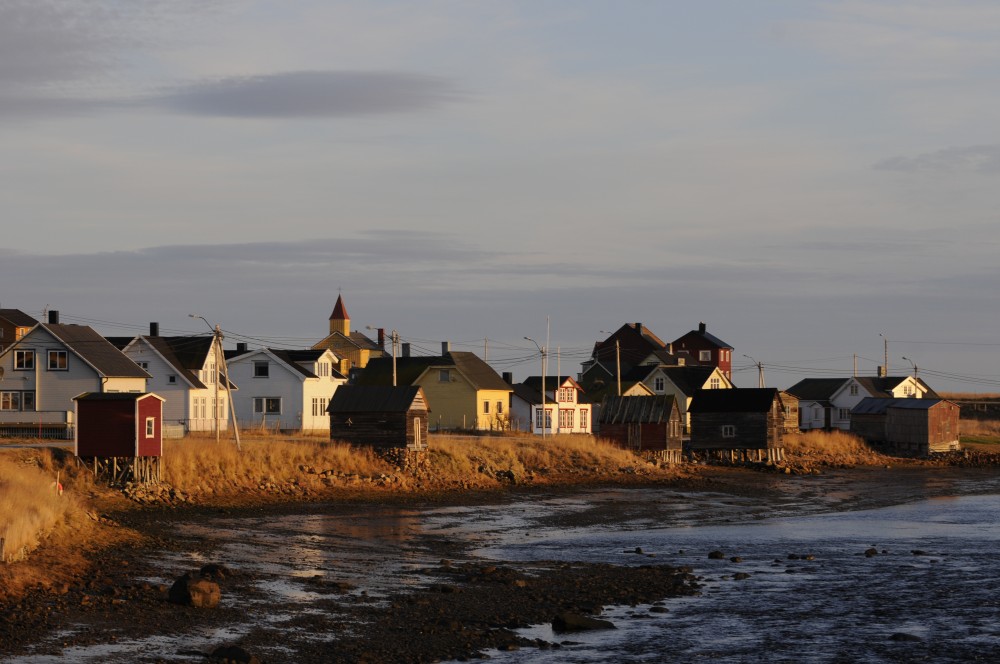 The environmental ministers will drive past the village of Skallelv on their tour towards Vardø on the Varanger Peninsula. Photo: Thomas Nilsen

Environmental ministers from Norway and Sweden, plus an advisor for Russia’s minister and Finland’s Permanent Secretary in the environmental ministry will get first-hand knowledge about how Vardø Vessel Traffic Service controls the sea traffic off Norway’s Arctic coast. Vardø VTS controls voyages from Norway’s southern border with Sweden to Svalbard in the north. Located a few nautical miles from the Russian sector of the Barents Sea, the traffic monitoring also keeps an close cooperation with Murmansk port authorities.

Safety at sea and avoiding pollution from oil tankers are among the key priorities in the environmental cooperation within the Barents region.

On November 29 and 30, the ministers meet in Vadsø and Vardø and marks the end of the Norwegian chairmanship period for the Barents Working Group on Environment. Sweden will now lead the work for the period until 2019.

In the meeting, the main results from the Barents work on climate change will be presented, Norway’s Ministry of Environment informs. The work includes a study describing how the Barents region can make the transition to a low carbon society where the goals of the Paris agreement on climate change are fulfilled. The study identifies risks and opportunities for the main economic sectors in the region, that includes the petroleum developments in the Arctic.

Questions have been raised whether offshore oil-fields in the Barents Sea ever will become profitable.

At the ministerial meeting, the study on how climate changes and the Paris agreement will influence the Barents region, will be put on the table.

The study discusses how oil and gas developments in the region face severe challenges under the Paris Agreement scenarios.

Pointing to specific challenges for the Barents region, the report highlights exploration costs in the Arctic.

«The costs in oil and gas exploration and recovery vary between the fields, but many new fields in the Barents region can have relatively high extraction costs due to the infrastructure needs and Arctic conditions. This makes the projects in the Region more susceptible to price risks, if oil price remains low due to declining demand under the Paris Agreement,» the report to be presented to the environmental ministers next week reads.

The pollution from the smelter in Nikel, near Russia’s border to Norway,  is not listed on the agenda for the meeting. The issue, however, will be mentioned by Norway’s Environmental Minister Vidar Helgesen, assures communication advisor Camilla Pettersen in an e-mail to the Barents Observer.

Norway’s oil fund wants out of oil and gas investments

Margot takes on the lead in Barents