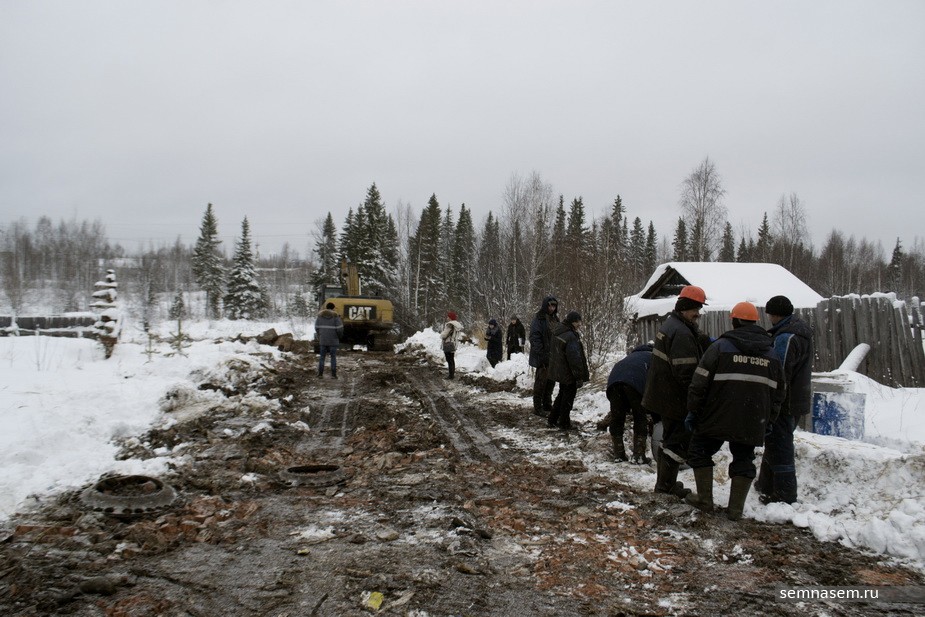 There is an oil spill 500 meters from my house, right in the village, says deputy chairman of environmental group Save Pechora
By

On November 15, deputy chairman of Committee Save Pechora Ivan Ivanov informed about oil spill in the village of Nizhny Odes, the Sosnogorsky district.

«There are reports about an oil spill 500 meters from my house, right in the village. A lot [of oil] got into the stream,” Ivanov wrote on social media page vKontakte. The activist assumes that the spill comes from an old pipeline, currently undergoing repairs by the Lukoil-Komi contractors.

“According to the latest police information, the company have hired someone else for cleaning, and the spill happened during work,” Ivanov said. He is sure that the accident occurred in the same place where a spill happened last fall, since he in July this year filed a complaint to the Ministry of Industry of Komi that a lot of oil pollution was left on the accident scene.

On the morning of November 16, a commission including representatives of the local village administration, the Lukoil-Komi company, the regional Department of Civil Defense and Emergencies and the Ministry of Industry, Natural Resources and Transport, as well as police officers arrived to the accident scene. One of the workers of Lukoil-Komi told Ivanov that the contractors reported about loss of pressure in the pipe immediately, after which the company provided manpower to help liquidate the spill.

According to Ivanov, most of the spilled oil was removed on November 15, «all capacities were applied”.

The liquidation of the accident is handled by a Moscow-based company with a branch unit in Ukhta, rescuers from Moscow and Arkhangelsk are involved. Now the oil-containing liquid is collected in the place of pipeline rupture as well as in two places of the stream. The commission was able to inspect four places where the stream intersects with roads.

“The spill occurred only fifty meters away from the stream of Nizhny Odes, which flows through the whole village,” Ivanov says. “This is our only waterway, which Lukoil pollutes every year. The pipe goes through garden plots, maybe unauthorized, I don’t know, but people have been farming there for decades.»

Head of the Sosnogorsk city committee for environmental protection Irina Dikunets said that, according to preliminary estimates, about four cubic meters of oil might have spilled. Ivan Ivanov questions this figure, because he saw at least ten bottles of liquid only in one place of collection.

“How much oil remained — I have no idea”.

Roman Polshvedkin, First Deputy Minister of Industry and Natural Resources of the republic, said that he would be able to comment on the situation only after the return of his ministry employees.

Sergei Makarov, deputy general director of Lukoil-Komi for public relations, was not available for comment at the time of publication. There are no reports of oil spills on the company’s website.

In April 2016, a large oil spill occurred on the Yarega River, not far from Ukhta and Sosnogorsk. Three days later, an emergency regime was announced. Company Yareganeft, a subsidiary of Lukoil, was blamed for the accident. A year later, the oil flew along the Ukhta River again.

On November 14, 2017, the legal management and document support of the Komi State Council rejected the question of old oil pipelines proposed by the Komi environmentalists for the referendum. On the same day, the head of the department of the republican Rosprirodnadzor, Alexander Popov, reminded deputies about the importance of replacing old pipelines.