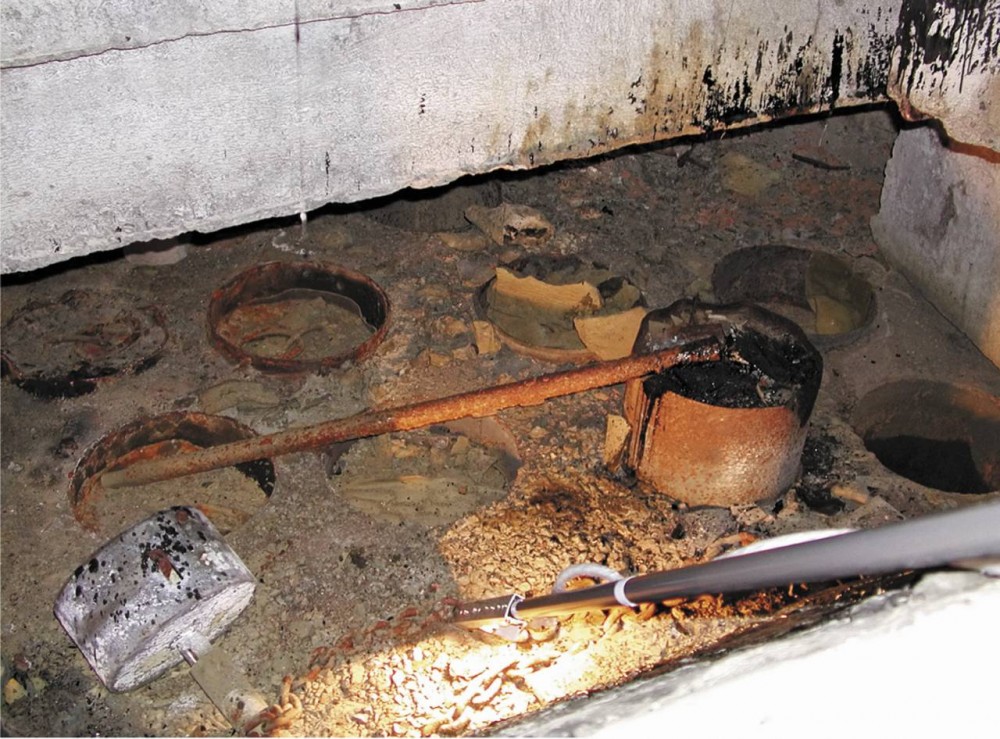 Spent nuclear fuel assemblies are stored in rusty tubes like this in Tank 3A. Too little is known about the messy uranium inventory. Photo courtesy Bellona

Donor countries agree to fund an additional study on how to extract the damaged spent nuclear fuel from Tank 3A.
Read in Russian | Читать по-русски
By

Take a closer look at this photo and you will understand the scoop of the most challenging and risky work to be done at the Cold War storage site for submarine nuclear fuel on Russia’s Kola Peninsula. For 35 years, highly radioactive fuel assemblies have been stored in these rusty, partly destroyed steel pipes where concrete of poor quality was filled in the space between. Some of the fuel assemblies are stuck in the canisters, while some of the canisters are stuck in the cells.

Message is clear: Do not try to lift any of the assemblies before you are sure nothing falls out.

At a recent meeting in London, donor countries discussed the progress after the first nuclear fuel assemblies were shipped away from the other tanks in Andreeva Bay towards Mayak in June.

The experts all agree it is necessary to conduct a whole range of work to prepare Tank 3A for unloading. Additional €100,000 was granted for the study. Another €675,000 was granted to study another messy challenge in Andreeva Bay; the smashed spent fuel assembles on the floor of the former water-pool storage in Building No. 5, the information portal Russian Atomic Community reports.

Unloading work at Tank 2A and 2B will go on until 2023 before possible work on unloading the dangerous mess at Tank 3A can start.

Andrey Zolotkov, a nuclear expert with the environmental group Bellona says YES with capitalized letters when asked by the Barents Observer via Skype whether Tank 3A poses the biggest risk in the cleanup work.

The British nuclear engineering company Nuvia has calculated the total radionuclide inventory in the three tanks to be equal to the remains of Reactor No. 4 inside the Chernobyl sarcophagus. Some 22,000 spent fuel assemblies are stored in the tanks, coming from 90-100 reactor cores powering the Soviet Navy’s Cold War submarines sailing out from the Kola Peninsula from the late 1950s till 1982. Nuvia says it is some six tonnes of fissile uranium-235 in the fuel, about two times the amount of fissile material inside the exploded Chernobyl reactor in Ukraine.

Tank 3A does also pose the highest risk for radiation doses to working personell and ways to do the job with robotics has to be developed. Nobody want people to stay too long near the destroyed assemblies and get exposed.

Funding from Europe and Canada

The nuclear cleanup work in Andreeva Bay on the Barents Sea coast is financed by the so-called Northern Window of the Northern Dimension Environmental Partnership (NDEP), a cooperative program with Russia’s State Nuclear Corporation Rosatom.

Andreeva Bay is located about 55 kilometers from Russia’s border to Norway in the north.