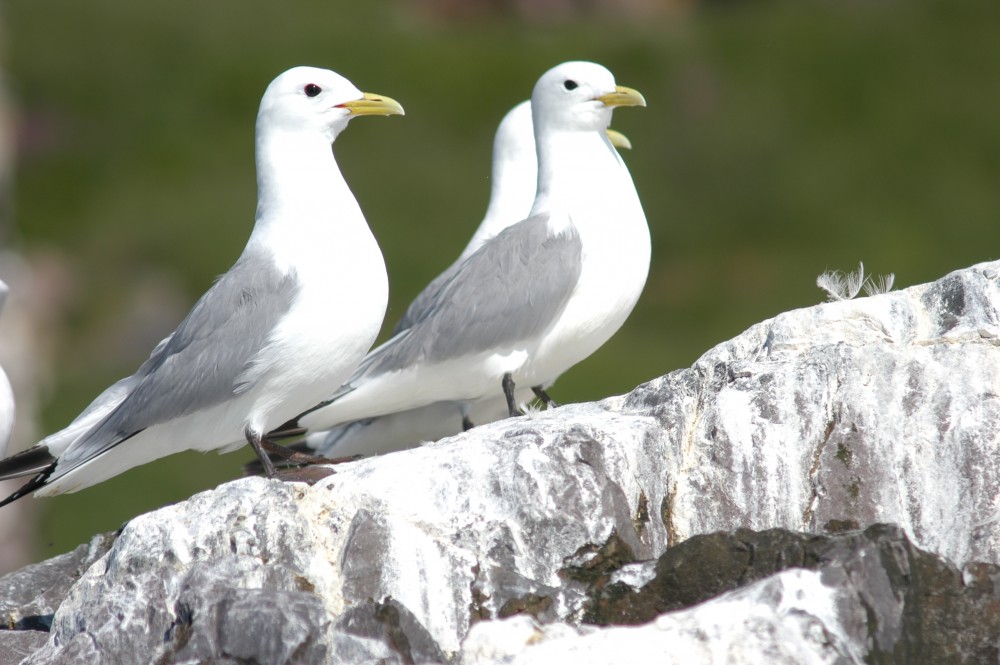 Climate change forces the capelin further north and beyond the foraging range of kittiwakes colonies on the coast of northern Norway.
Read in Russian | Читать по-русски
By

Capelin prefers cold water. With increased influx of warmer Atlantic waters into the Barents Sea, the capelin naturally moves further north away from the coast of Finnmark in northern Norway. And when the food swims away from the nesting cliffs, that has negative effect on kittiwakes egg investment, a recent Norwegian university study says.

The future of kittiwake, a small cliff-nesting spices of gull nesting all along the coast of Norway, could be threatened if climate changes continues.

Marine ecology researchers from Tromsø and Trondheim have investigated the variation in egg and clutch size of black-legged kittiwakes in a colony on Hornøya near Vardø for the last 33 years.

The researchers modelled egg size and number in relation to the influx of warm Atlantic water into the Barents Sea. When waters get warmer, the kittiwakes have to fly further off the coast to find capelin. To make eggs, the kittiwakes needs much energy, and with less food, less eggs is the result.

«A further warming of the Barents Sea through climate change is thus forecast to be detrimental for kittiwakes,» the report summarizes. Last year, the Barents Observer quoted metrological researchers saying «all Arctic Oceans that is not covered by ice is now 4 degrees Celsius warmer than normal.»