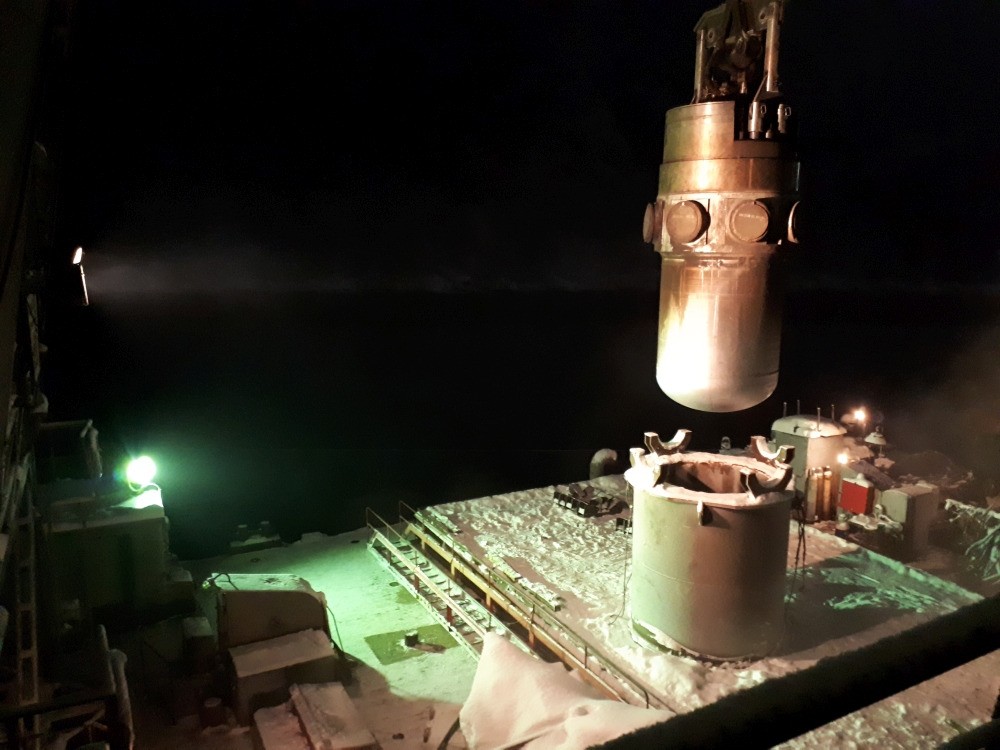 One of the two reactors being lifted out of the icebreaker. Photo: Nerpa shipyard

24 years after being shut down, the still highly radioactive reactors are now lifted out of the icebreaker.
Read in Russian | Читать по-русски
By

The two reactor vessels of the OK900A type were lifted out of «Sibir» at Nerpa shipyard on Russia’s Barents Sea coast. The operation came after long-time planning where radiation safety measures were thoroughly evaluated.

Even the operator of the crane lifting out the reactors was protected with extra sealing to avoid possible exceeding allowed limits of radiation doses, the shipyard informs.

Unloading the reactors took three hours. Now, special protective caissons for the reactors will be sealed off. When completed, the caissons will be transported to Saida bay, where Russia has its central onshore long-term storage facility for reactor compartments.

Saida Bay is some few kilometres to the west of Nerpa shipyard about 25 kilometres north of Murmansk.

When the compartment holding the reactors on board Sibir is cleaned and declared free of radioactivity, the decommissioned icebreaker will be towed back to Atomflot. This work is estimated to last until March.

Next in line for having their reactors removed, are the three icebreakers «Rossiya» «Arktika» and «Sovyetskiy Soyuz». All three are today laid up at Atomflot base in the Kola bay.