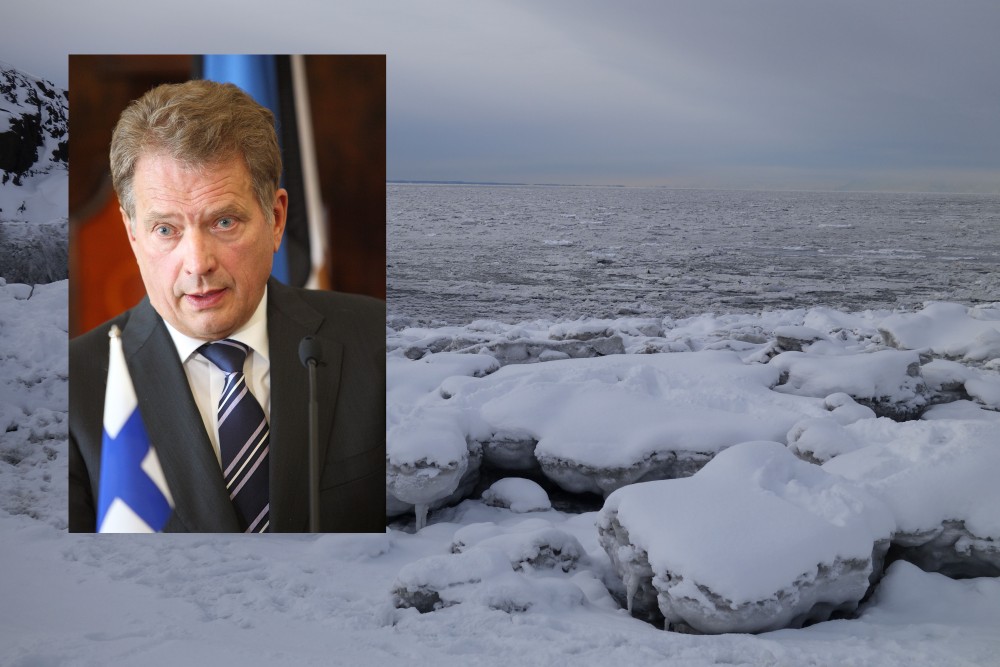 President Sauli Niinistö addressed the Finnish Climate Summit in Helsinki on Wednesday, calling on the Arctic Council member states to meet to tackle black carbon emissions in the far north.
Read in Russian | Читать по-русски
By

Niinistö said Finland wants to see “a first-ever Arctic Summit, bringing together the heads of state and government from the eight members of the Council: the United States, Russia, Canada and the five Nordic states,” adding that “a firm high-level commitment to reduce black carbon emissions in the Arctic would be welcome news for the environment”. Black carbon refers to soot deposits that are darkening Arctic ice. As a result, it begins absorbing heat rather than reflecting sunlight, thus speeding up global warming.

“Unlike the long-term impacts of CO2, black carbon has immediate effects,” the president said. “In the Arctic, it accelerates the melting of the sea ice. This creates a negative feedback loop, making climate change even faster. But the positive side to the story is that our action can also have an immediate impact.”

“If we are able to cut down black carbon emissions – for instance from maritime transport, from old-fashioned power plants and from flaring in oil and gas fields – we will make a significant contribution to combating climate change in the Arctic. And saving the Arctic is essential in saving the globe.”

Finland is halfway through a two-year stint as chair of the Arctic Council. Niinistö has consistently raised the issue of black carbon in talks with Russian President Vladimir Putin and his US counterpart Donald Trump among others, as well as at the UN General Assembly.

Niinistö spoke to some 500 international and domestic experts and officials taking part in the one-day conference at Finlandia Hall.

The event is co-sponsored by the Finnish Climate Change Panel, the Finnish Institute for International Affairs and the Finnish Innovation Fund Sitra – which is paying to offset the carbon emissions of the flights of all the event’s international speakers.

Tynkkynen, who heads the state-funded agency’s work toward a carbon-neutral circular economy, is a former leader of the Greens parliamentary group and climate advisor to the prime minister.

The summit is part of the United Nations Framework Convention on Climate Change (UNFCCC)’s Talanoa Process – named after a Fijian word for a process of inclusive, participatory and transparent dialogue. The event provides a platform for companies, local government, investors and others to announce new climate commitments and actions.