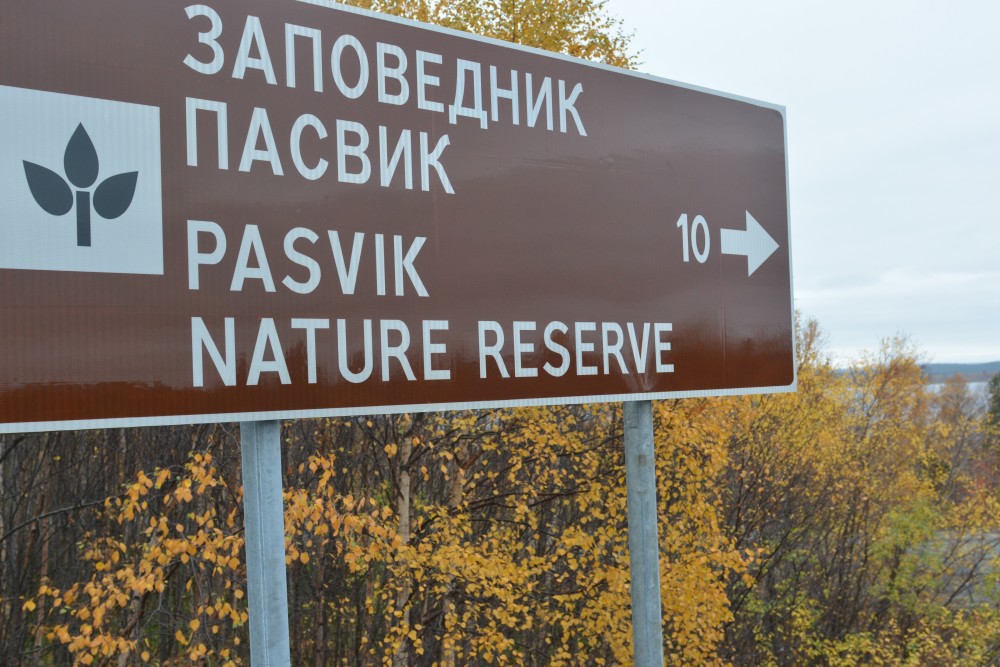 While several of the environmental organizations in northern Russia are stigmatized under the 2012 ‘foreign agent’ law, the Ecological Chamber was established within the frames of Vladimir Putin’s new policy program for NGOs.

On June 26-27, the organization invites for Barents EcoWeek, first at the ecological centre Bioforsk Svanhovd in Norway’s Pasvik valley. Then to Nikel on the Russian side of the border.

«This event will become a significant contribution to the expansion of the presence of the ecological organizations on the world stage,» Ecological Chamber writes in the program. Barents EcoWeek is dedicated to the 25th anniversary of the Barents Euro-Arctic cooperation.

Naturvernforbundet, the Norwegian branch of Friends of the Earth, is invited but will not go.

«This is a highly questionable organization with a questionable event, and Naturvernforbundet has chosen not to participate,» says Yngvild Lorentzen, Head of Department for international projects.

The Barents Observer has tried to get in contact with Ecological Chamber with a list of questions, so far without any reply.

In Russia, the organization is known for being outspoken about how environmental movements should primarily be patriotic and not interfere with business and industry development.

Quoted by Kommersant, Co-Chairman of the organization, Vadim Petrov, was outraged that environmental NGOs exist in Russia whose «objective is not the economic development of the country, but the protection of the environment.»

Petrov, who is listed as contact person for next week’s Barents event in the Norwegian-Russian borderland said in the same fora: «Most environmental projects in Russia and other countries are financed from abroad and have highly negative connotations.»

Yngvild Lorentzen says her organization does not consider Ecological Chamber an environmental NGO. «It is sad to see how they actively discredit real organizations who are genuinely oriented towards nature protection.»

When established in 2013, Ecological Chamber got a presidential grant from Vladimir Putin of 2,2 million rubles (€30,000).

Kommersant is quoting Vladimir Semenov, the Chamber’s head saying «Today we form a new agenda for modern Russia, ecological patriotism as the basis of the national idea.» Semenov, who also is a former deputy in the State Duma, continued by urging his colleagues to resist the Western approach to ecology which «is based on such pillars as postmodernism, anti-globalism, radical feminism, green anarchism, anti-clericalism.»

Ecological Chamber claims international NGOs like World Wildlife Fund and Greenpeace get in the way of Russia’s economic development and should be replaced by «truly patriotic» environmental NGOs promoting the country’s growth.

Oleg Bodrov, Chairman of an environmental network in the St. Petersburg region, says to the Barents Observer that Ecological Chamber has nothing in common with the Russian environmental movement.

«It is a show off, and nothing more than a poor attempt by president Putin to take environmental work seriously.»

Bodrov was formerly working for Green World, an NGO in the nuclear power plant town of Sosnovy Bor that had to close down after being declared ‘foreign agent’ some years ago.

Barents EcoWeek, though, aims at boosting cross-border discussions of nature protection through the Barents cooperation, including informal dialogue with public organizations. «… public diplomacy are especially important nowadays when the system of international relations is going through a difficult state…»

Board member of Russian Social-Ecological Union (RSEU), Alexander Fyodorov, writes in an e-mail to the Barents Observer that no such NGO as Ecological Chamber belongs to their network. «Be sure, they do not have a strong interest in environment.»

RSEU is an umbrella organization for ecological public organizations from all regions of Russia.

Bellona says no invitation is sent to them regarding participation. «We haven’t heard of it,» says Anna Kireeva from Murmansk. Vlad Nikiforov, also with Bellona, says they have a lot to share. «We have 25 years of experience in cross-border environmental cooperation and can contribute with a lot.»

The program does not list names of speakers, but the Ecological Chamber assures «Barents EcoWeek will become the main expert platform bringing together the most authoritative and qualified specialists whose competence is related to the theme of ecological and sustainable socio-economic development of the Euro-Arctic territories.»

In the program, several agencies and international bodies were listed as «Organizers and Partners», among them the Swedish Environmental Protection Agency. Contacted by the Barents Observer, Program Coordinator for Russia and the Arctic, Åke Mikaelsson, is surprised.

«The Swedish EPA will not have any representative in the Barents EcoWeek taking place in Kirkenes and Nikel next week and we did also not contribute to it financially,» Mikaelson explains.

«… we were not included or even informed about this event,» he adds.

Another office included with logo as organizer of Barents EcoWeek that also sounds surprised is the International Barents Secretariat (IBS). «We got the invitation only yesterday to this event,» tells Executive Officer Roman Gokkoev.

«It is a bit surprising that we got info at such late stage. We at the IBS were not involved in the preparations, so we don’t know exactly who is coming.»

Tomas Hallberg, Head of the Secretariat, says he has little information about the event, «but I have agreed to go and give a speech in Nikel.»

After the Barents Observer started to call around, several logos of institutions listed as organizers and partners began to disappear from the program. Gone are the Swedish EPA, the International Barents Secretariat, Finland’s Ministry of Environment, Barents Protected Area Network (BPAN) and the Finnish Environment Institute (SYKE).

Instead, a new logo came up on Friday, Russia’s Ministry of Foreign Affairs.

…. we hope you enjoyed reading this article. Unlike many others, the Barents Observer has no paywall. We want to keep our journalism open to everyone, including to our Russian readers. The Barents Observer is a journalist-owned newspaper. It takes a lot of hard work and money to produce. But, we strongly believe our bilingual reporting makes a difference in the north. We therefore got a small favor to ask; make a donation to our work.

In midst of Karelian forest, a foreign agent keeps up environmental protection