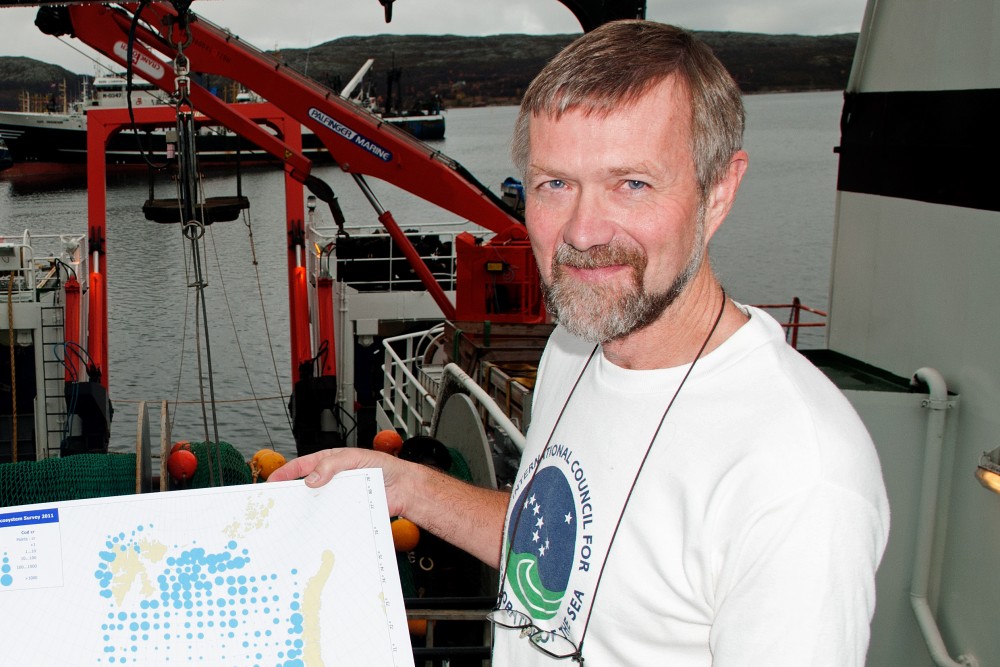 Norwegian and Russian marine researchers for the third year in a row recommend reducing the catch of Northeast Arctic cod.
Read in Russian | Читать по-русски
By

The International Council for the Exploration of the Sea (ICES) recommends the 2019 quota for cod to be set to a maximum of 674,678 tons for the Barents Sea. That is down 100,000 tons compared with the 2018 quotas.

The Council’s advice is based on joint studies of the current stock by scientists from Norway’s Institute of Marine Research (IMR) and the Marine Institute (PINDRO) in Murmansk, Russia. Each year, the scientists sail criss-cross the entire Barents Sea counting cod juveniles and different ages of cod. Also, the amount of capelin and herring, which the cod eat, is important when estimating the future sustainability of the cod stock.

Researcher Harald Gjøsæter is Norway’s member to ICES’s advisory committee. He says also quotas for other fish spices need to be reduced for 2019.

Rose fish should not be fished at all so quota advice is set to zero.

Norwegian and Russian marine researchers have formally cooperated for 60 years in the Barents Sea, collecting information about the marine ecosystem, and made joint recommendations for how much fish should be end up as dinner for humans.

Authorities, however, do not necessarily comply with the advises from the scientists, although the final quotas are normally more or less in line with the guidelines for how much fishing the different spices can stand to be sustainable.

In October, the Norwegian-Russian fishery commission meet to agree on the final quotas for next year. The Barents Sea is considered to be one of the best-managed oceans worldwide in regards to the sustainability of fishing and ecosystem understanding.

Last year, scientists recommended the quota for Northeast Arctic cod to be 712,000 tons while the final quota was agreed to be 775,000 tons.