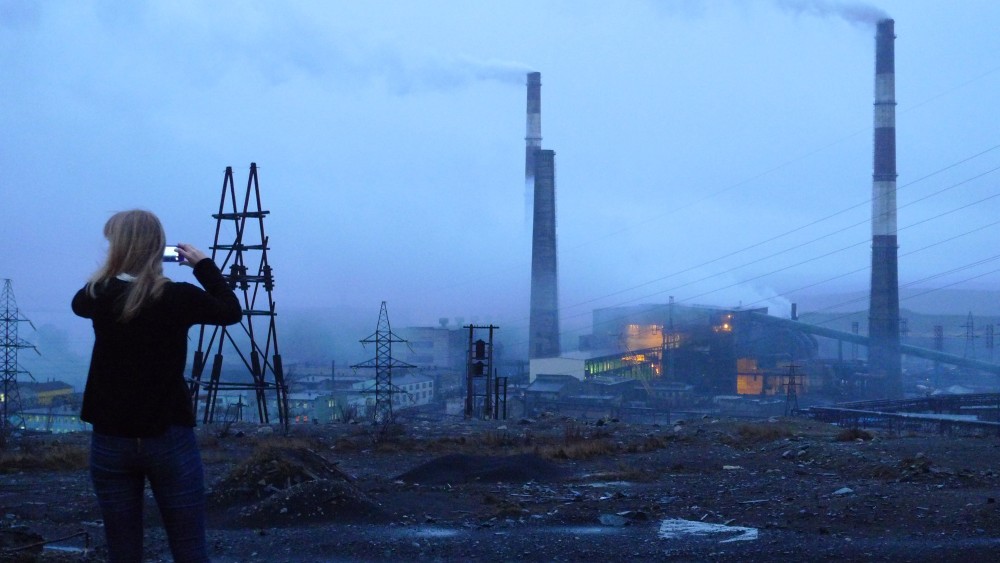 New equipment for mineral processing has arrived to Zapolyarny, where Nornickel’s subsidiary Kola Mining and metallurgical Company’s concentrator plant is located. The equipment is made by Outotec in Finland and includes processing technology for filtration, thickening, flotation and analyzer equipment.

When is full operation, the new technology will make it possible to separate rich quality materials from ore with less nickel. By separating out the nickel-rich concentrates, much of the sulfur will be removed before shipped to the smelter in the town of Nikel.

Consequently, the emission of sulfur dioxide (SO2) will be reduced substantially.

The run-down plant in Nikel has for decades been a torn in cross-border relation in the Barents Region as the pollution hits neighboring Norway and Finland as well as the fragile taiga-forest on Russia’s own Kola Peninsula.

Periodically, the smog in the town of Nikel has exceeded federal limits by 10 times or more.

«Removing sulfuric raw materials in the processing is intended to reduce emissions of sulfur dioxide in the smelter and thereby reduce the negative impact on the environment,» Kola MMC writes on its company portal.

The company does not tell where to the poor and sulfur rich concentrate will be sold, more than stating it «will be shipped to outside consumers.»

For the smelter in Nikel, the goal is to achieve a targeted 50% reduction in sulfur dioxide pollution.

He continued: «We are committed to do out best to transition Nornickel into one of the world’s most modern, cleanest and safest mining companies, which provides attractive returns to its shareholders.

Vladimir Potanin was this spring ranked to be Russia’s 5th richest on Forbes list with a net worth estimated to $15,9 billion.

In his London presentation, Potanin highlighted that pollution from the factories near the border with Norway will be reduced by up to 50% by 2019.

After Potanin’s presentation, Vadim Malkin with Nornickel’s communication company Transitional Markets Consultancy calculated the estimated cut in pollution for the Barents Observer. He concluded that emission of sulfur dioxide from the smelter in Nikel will be reduced down to 44,000 tons. In 2015, the emission from the pellets plant in Zapolyarny and the smelter in Nikel was 80,000 tons SO2.

Melkin also said the smelter in Nikel will «cut the number of furnaces as a result of reduced volums to be smelted.»

Nornickel’s First Vice-President, Sergey Dyachenko, has said two out of three furnaces in Nikel will be closed by 2019, as previously reported by the Barents Observer.

By 2023, the total SO2-emission from all Nornickel’s plants on the Kola Peninsula is targeted at 15,500 tons. That includes the factories in Nikel, Zapolyarny and Monchegorsk.

Support independent, nonprofit Barents journalism. Get engaged and give a small donation, it makes us stronger.