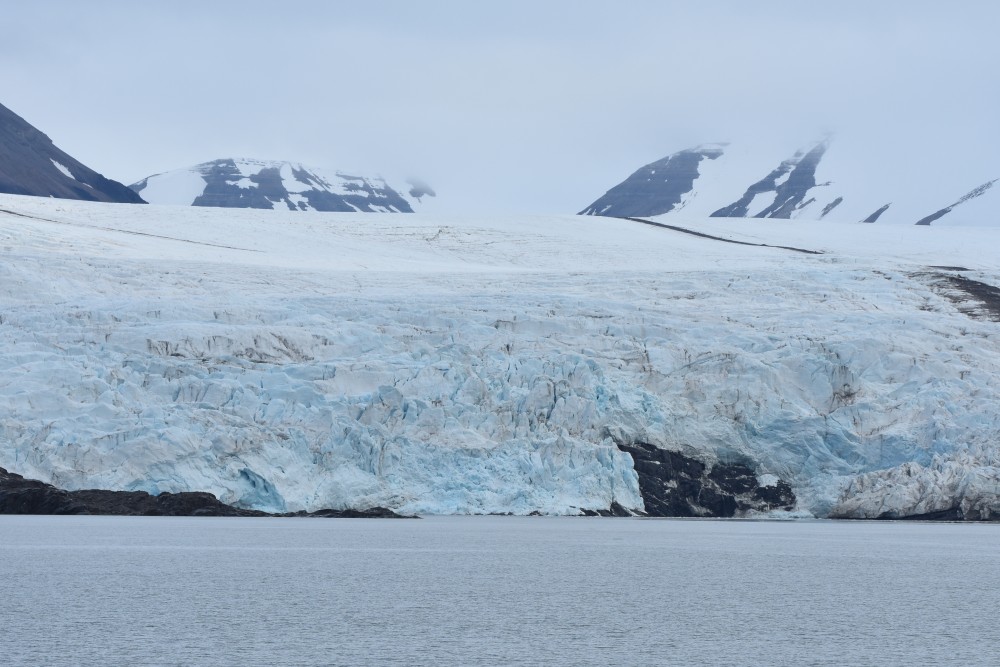 A science expedition to the area has discovered “big concentrations of radioactivity” in the ice – and concludes that the glaciers are melting into the sea at record speed.
Read in Russian | Читать по-русски
By

The primary goals for the Russian researchers were to study whether hundreds of containers with dumped radioactive waste in the Kara Sea were leaking or not.

Sailing the Kara Sea and the bays along the east coast of Novaya Zemlya from August 17th to September 20th, the researchers on board “Akademik Keldysh” conclude there are good reasons to continue monitoring the dumped containers, but preliminary results gives no indications of leakages. However, especially one barge that was discovered at 400 meters depth, filled with radioactive waste containers, requires special attention for the future. Underwater footages show the barge is destroyed and some containers have fallen out and are spread on the seafloor, news agency TASS reports.

More worrying is the radiation discovered in the glaciers stretching out in the waters.

From 1957 to 1962, a total of 86 nuclear bomb tests were carried out in the atmosphere at Novaya Zemlya. The tests include the largest nuclear devices ever exploded, like the so-called 58 megatons Tsar-bomb on October 30, 1961.

Most bombs were exploded above ground at the northern polygon near the Matotchin Shar dividing the northern and southern island of the archipelago. Wind direction, for the most, was towards the north when the tests took place.

It is the fallout from these tests that now are about to melt out to the sea.

The researchers on board “Akademik Keldysh” took samples for radioactivity from the Nally glacier in the Blagopoluchiya Bay, just on the northern boundaries of the test site for atmospheric bombs 60 years back in history.

Deputy Director of the Institute of Oceanology, Mikhail Flint, says to TASS that high levels of radioactivity were found.

“On the Novaya Zemlya, the wind direction is such that most of the pollution is accumulated on the northern island and the northern ice sheet. We have studied one of the glaciers that could carry such pollution - the Nally Glacier in the Blagopoluchiye Bay, and in this glacier we found parts that hold big concentrations of radioactivity,” Mikhail Flint tells.

“I would not give any exact estimation about the discovery, but in these parts of the moving glacier there were found doses that twice exceeded that baseline level on Novaya Zemlya.”

Explaining how the glaciers in the area are retreating, the researchers tell how “Akademik Keldysh” sailed to the point in Blagopoluchiye Bay where the Vershinsky glacier in 2014 ended in the sea. Today, that spot was more than 2 kilometers out from where the terminus of the glacier is now.

The majority of the northern island on Novaya Zemlya is covered by ice and glaciers have their terminus on both the eastern and western shores. That means both to the Barents- and Kara Seas.

While there are close to nothing of commercial fisheries in the Kara Sea, the Barents Sea has a high biological production and the fisheries, in particular the cod fisheries, are of great importance for both Norway and Russia.