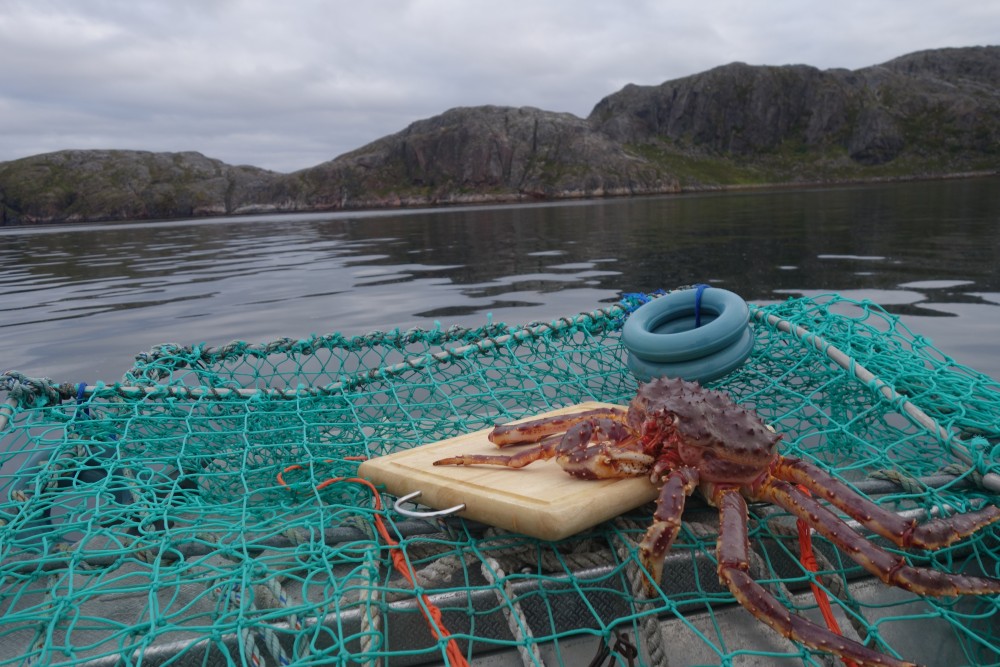 Fishermen can catch more shrimp, but should limit king crab fishing, marine researchers say about the upcoming catch season in the Barents Sea.
Read in Russian | Читать по-русски
By

Based on collected marine data, the International Council for the Exploration of the Sea (ICES) recommends that up to 70,000 tons of shrimp can be caught in the Barents Sea in 2019. That is twice the catch volumes of the previous years.

Over the past decade, the annual shrimp catch in the area has amounted to only about 30,000 tons.

In 2017, Norwegian and Russian ships together took about 10,000 tons while ships from the EU, Greenland and the Faroe Islands caught about 20,000 tons.

According to researcher Harald Gjøsæter from the Norwegian Marine Institute, the shrimp stocks in the Barents Sea are in a good condition. And the recommended catch volumes will secure sustainable stock development, he makes clear.

The ICES has for the last five years recommended shrimp quotas up to 70,000 tons. But the actual catch has been far less. The situation was quite different in the mid-1980s when the annual catch exceeded 100,000 tons, the Marine Research Institute informs.

At the same time, the researchers recommend a decrease in crab fishing. Next year’s recommended crab quotas will total 1,400 tons, which is about 350 tons less than the catch of 2018.

«Our studies indicate that the king crab stocks have dropped in the waters regulated by quotas,» says researcher Jan H Sundet.

Norway regulates crab fishing in the area between the maritime border with Russia and the North Cape. Further west, there are no regulations on crab catch.

«Within the regulated area, there should be kept a long-term commercial fishery, while the stocks west of the North Cape should be limited to a minimum,» Sundet underlines.

The Norwegian Marine Research Institute in 2017 initially recommended a king crab quota of 1,250 tons. But the Ministry of Trade, Industry and Fisheries later added another 500 tons to the quota.