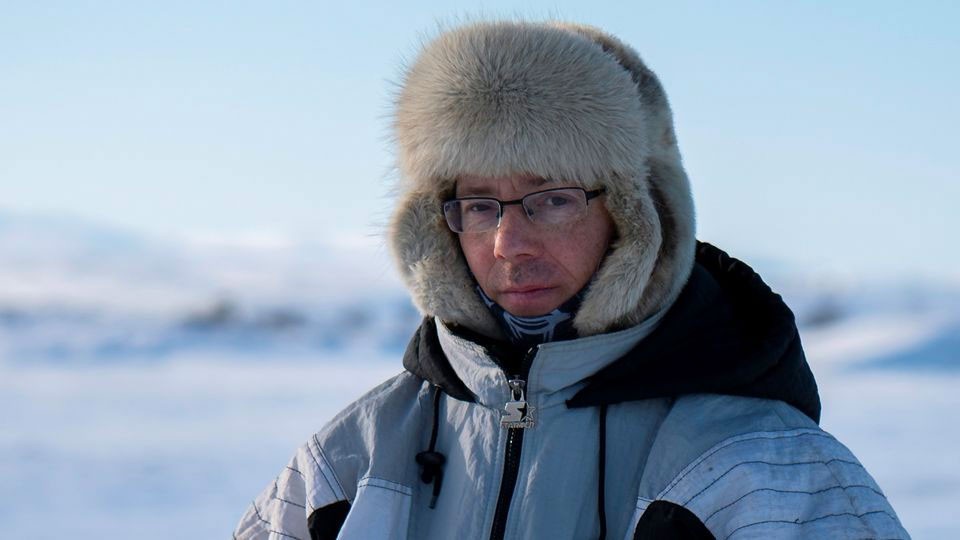 Mika Länsman is afraid that he will not see the extremely endangered snowy owl for a third time. Photo: Vesa Toppari / Yle

Every ninth species in Finland threatened, but reindeer herder gets a glimpse of a rare sight

A fresh assessment of threatened species indicates an increasing loss of biodiversity in Finnish nature. Of the 22,000 species evaluated in the Red List of Finnish Species, 11.9% were classified as threatened, compared to 10.5% in the previous assessment. In early March when the Red List came out in Finland, a Sámi reindeer herder observed the snowy owl, an extremely endangered species, in the fell area of Ohcejohka (Utsjoki).
Read in Russian | Читать по-русски
By

You have probably seen it last time in a Harry Potter film. Reindeer herder Mika Länsman from Ohcejohka (Utsjoki) caught a glimpse of it in early March, in the middle of the beautiful white highlands of his home region.

«I was hauling hay to my reindeer. I was driving with the snowmobile when I suddenly sensed that there was something flying on my left,» reindeer herder Mika Länsman says.

«I was really glad to see it,» Länsman rejoices.

Being a reindeer herder, Länsman moves often in the fell area, but it was only the second time in his life that he saw the snowy owl.

«It must be 15 years since I saw it for the first time. I was in the fell area, driving home from the roundup site in Skállovárri. There was a snowstorm. Suddenly, I saw a white bird flying ahead of me.»

«I wondered how that sea bird had ended up there in the highlands. But after some driving and thinking, I understood that it was not a sea bird but a snowy owl.»

Even snow conditions can threaten the snowy owl

Tuomo Ollila, Senior Officer of Metsähallitus, is checking the breeding grounds of another bird species. He tells that snowy owls are observed every now and then in the Sámi Area of Finland, but their number is not high.

«If the number of Norway lemmings is high, we will have 1–10 pairs of snowy owls breeding in Finland. The snowy owl stays in the CR category as it has not become completely extinct in Finland,» Tuomo Ollila says.

According to Ollila, it is difficult to give one clear reason why snowy owls are getting fewer all around the world.  Climate change may be one reason.

«Humans are not downright a threat to them. One thing that comes to my mind is the food situation. Maybe the number of Norway lemmings and voles has gone down,» Ollila reflects.

«It’s also possible that the snow conditions have changed so that the snowy owl has a hard time catching prey. It is, of course, a big bird, but it can’t dive through very hard snow.»

Might not see the snowy owl for a third time

As concerns the future of the snowy owl, all hope is not gone. According to Tuomo Ollila, Senior Officer of Metsähallitus, there were, last autumn, signs of the number of Norway lemmings and voles increasing, and they are, of course, what snowy owls feed on.

«Right now, we don’t know what will happen during this winter. We will know more in May when the snow melts. It’s possible that we’ll observe more snowy owls again.»

«At the beginning of March, I heard in Eanodat (Enontekiö) that someone had seen a snowy owl at a short distance,» Ollila says.

But Mika Länsman from Ohcejohka is afraid that he might not see the snowy owl for a third time in his life.

«Of course, it’s nice that I’ve seen it. It hasn’t vanished yet,» Länsman says.

Länsman is concerned about how climate change will affect northern species in general.

«Now that they’re talking about the world warming up, the change can, of course, be seen first here in the Arctic. I’m afraid that all the threatened animal species might disappear,» Länsman says.