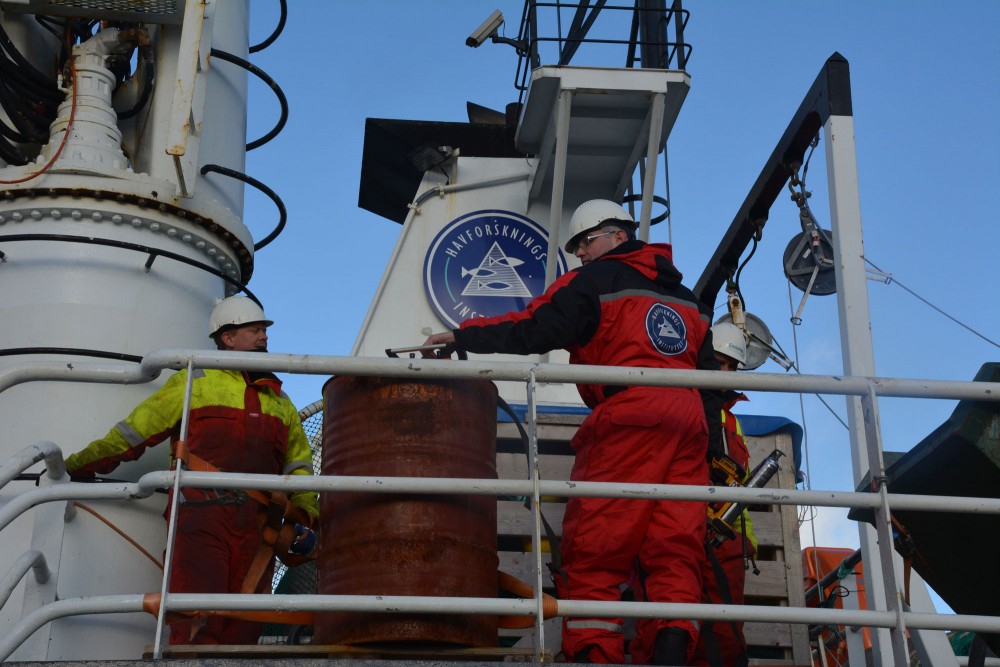 We consider the interaction between our countries on regulation of joint fish stocks an example for all other coastal states, Russian Fishery Agency leader Ilya Shestakov underlined as he this week met with Norwegian special representative of the oceans Vidar Helgensen.
Read in Russian | Читать по-русски
By

It was a good mood around the table as the Norwegian top government representative sat down for talks with the leader of Russia’s Fishery Agency (Rosrybolovstvo).

Agency leader Ilya Shestyakov underlined that the positions of the two neighboring countries coincide not only in issues related to fish resource management, but also on the regulation of the World Ocean.

For a moment, the comprehensive sanction regimes between the countries seemed to be forgotten and on the table were only issues of neighborly cooperation. The two men discussed ways to enhance interaction in the field of fisheries and the so-called blue economy.

Ocean protection and development is a key priority for the Norwegian government and special representative Vidar Helgesen is traveling the globe to sell the message. In Moscow, he met solid support.

«We agree about the need for cautious approaches in the exploitation of resources, and a system of comprehensive binding research measures in connection with development of regulatory measures and mechanisms for protection of the ocean,» Shestyakov underlined.

The agency leader made clear that Russia «a long time ago» stopped all dumping to sea from its fishing vessels. That includes catch equipment, bio-resource wastes and garbage, he said.

«We are taking necessary measures on protection of biodiversity in the World Ocean as a global ecosystem and are ready to move further.»

It has been a week of comprehensive contact between Russian and Norwegian fisheries officials. The meeting between Shestyakov and Helgesen took place only a few days after deputy leader of the Russian Fishery Agency Vasily Sokolov met with Norwegian ministry representative Vidar Landmark.

The men discussed a strengthening of bilateral Arctic research cooperation.

According to the Norwegian Marine Research Institute, the neighboring countries are in the course of 2019 to establish a new joint ocean research group that is to help coordinate scientific data and support joint projects.

According to Oleg Bulatov, Research Director at the Russian fishery research institute VNIRO, the new joint group is to pay special attention to the stock development of cod, haddock and halibut.

The establishment of the new research group comes as Russian marine research is going through a major reorganization process. All of Russia’s 28 fishery research institutes have now been incorporated in the Moscow-based VNIRO.

This week was also held a meeting in the Joint Russian-Norwegian Fishery Commission. A total of 17 researchers from Norway and about 40 from Russia assembled in Murmansk to discuss marine developments in the Barents Sea and the Arctic.