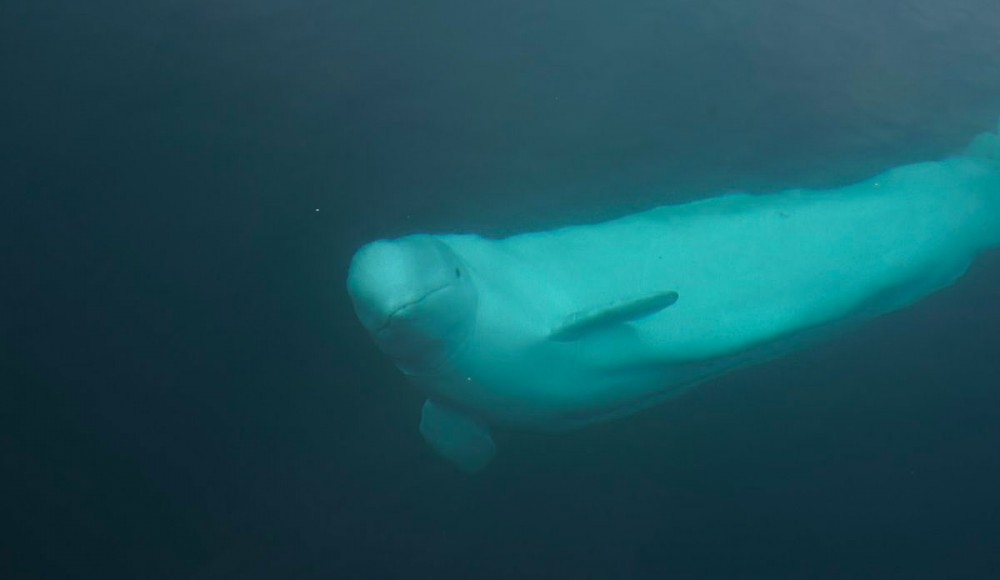 The clever animal that for the past two weeks have thrilled locals along the Arctic coast of Norway should be transferred to a «suitable facility», fishery experts say.
Read in Russian | Читать по-русски
By

The white whale that turned up around fishing vessels in late April has since stayed in the waters of Hammerfest. Hundreds of people from the small north Norwegian town have since enjoyed the acquaintance of the animal along the local shores.

The harness that originally was connected around its body was successfully released by representatives of the Norwegian Directorate of Fisheries, together with local fisherman Joar Hesten.

The beluga whale clearly seeks human contact and can do various tricks in the water. It was first believed it had fled from a Russian naval facility for training of marine mammals. It was later claimed that it previously had served in a therapy unit for sick children in the Russian White Sea area.

The Norwegian Directorate of Fisheries first did not recommend people to feed it, nor to move it away from the area.

In a letter to the directorate, the marine researchers say that the animal is subject to national laws on animal health and that it should be fed by humans in the area if it is incapable of feeding itself.

At the same time, one should consider to transfer the animal to facility that is suited for beluga whales, the institute says.

Norway, however, has no such facilities. That makes the researchers look towards Russia.

«If this whale comes from a facility in Russia near the border to Norway, the best and quickest solution with be to return the animal to that site,» the letter from the research institute reads.

And if that will not be possible, relevant facilities in other countries must be considered, it adds.

Official representatives from Russia have so far not commented on the run-away whale.