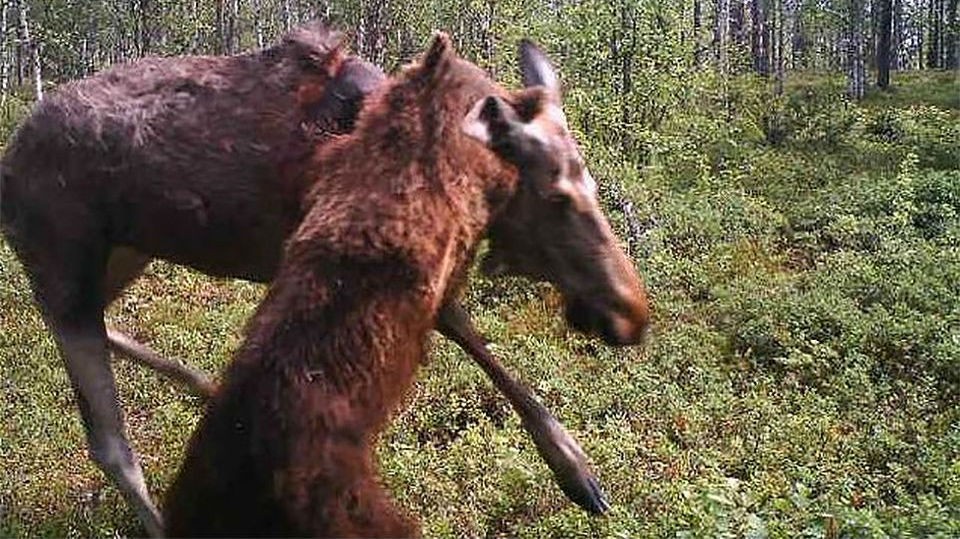 The border surveillance photograph showed a bear biting into the neck of an moose, killing it and then scurrying away. Photo: Kainuu Border Guard District/Finnish Border Guard

Rare images of a brown bear attacking and killing an moose was captured by a camera in northeast Finland operated by the Border Guard over the weekend, according to a tweet issued by the agency on Monday.
Read in Russian | Читать по-русски
By

Images from the surveillance camera located deep in the forest of Kuusamo municipality often show wildlife roaming around the border area, but grisly scenes like the one captured on Saturday are rare, according to Jussi Voutilainen, director general of the Kajaani Border Guard.

The footage showed the bear biting into the neck of the moose, killing the animal and then scurrying away.

“Now she’s eating it at the same location,” Voutilainen said.

The surveillance camera is triggered by a motion detector and takes photos when it senses movement.

“Our patrols are now trying to avoid the area. The bear certainly wants to defend its prey, so safety precautions need to be taken into consideration,” Voutilainen explained on Monday.