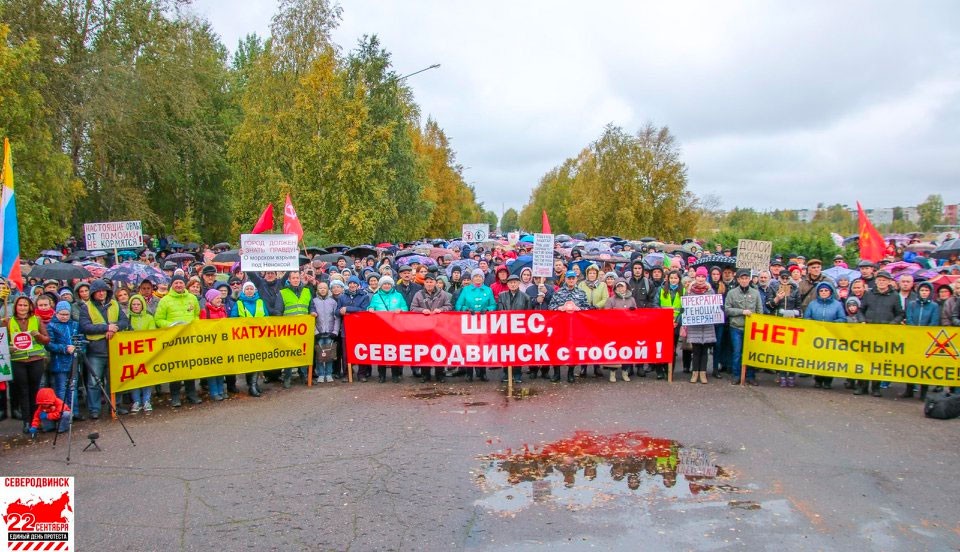 Around 2,000 people have staged an authorized protest in the northern Russian city of Arkhangelsk on Sunday demanding the government drop plans to create a giant landfill in the remote Shiyes railway station.

Residents of nearby regions have for over a year fiercely opposed plans to ship more than 2 million tons of garbage a year from Moscow to Shiyes. While the project has not been shelved, Moscow City Hall has halted construction of the $160 million landfill pending public hearings and approvals.

“[I]f there are a lot of people like us — it inspires me and inspires us all,” anti-landfill activist Yury Chesnokov said.

Protesters held signs and wore badges reading “Stop Shiyes,” “Close the Landfill, Fire the Governor” and “We’re for the Separate Collection of Waste.”

Police detained at least three activists in Arkhangelsk on Sunday over their participation in an unauthorized rally against the landfill in April, local media reported Sunday. They were later reportedly fined 10,000 rubles ($156).

Residents in more than a dozen other Russian towns and cities, including Moscow, held protests in solidarity with Arkhangelsk.

In May, President Vladimir Putin said it was necessary to take residents’ opinions into account and he would ask authorities in the Arkhangelsk region and the Moscow government to deal with it by Sept. 1.

Recent independent polling has said that an overwhelming majority of respondents in the Arkhangelsk region opposes the controversial landfill’s construction.