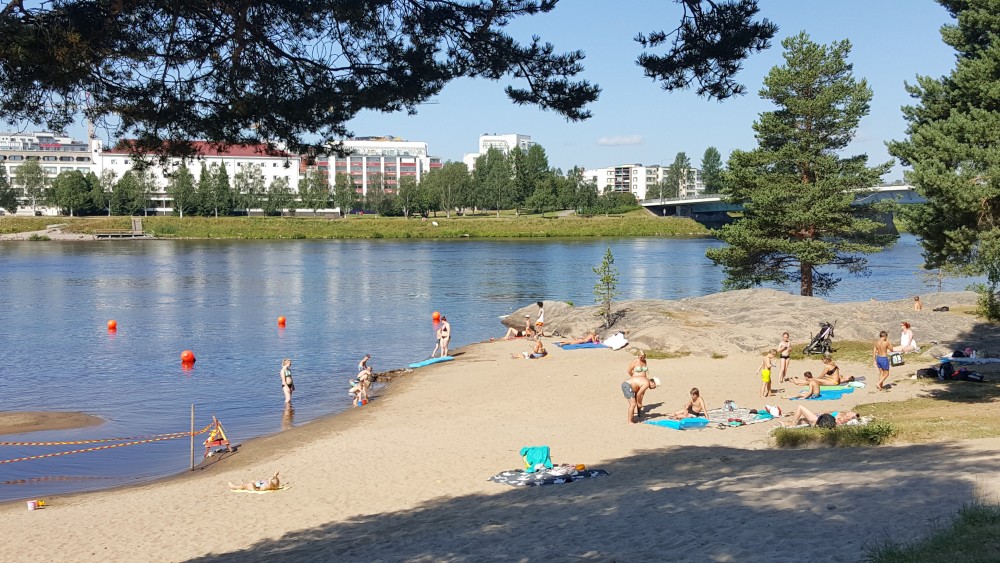 With warm weather continuing in early September, this summer has brought more hot days than usual to most of the country, says the Finnish Meteorological Institute (FMI). It defines “hot” as 25 degrees Celsius (77F) or more.
Read in Russian | Читать по-русски
By

That imaginary barrier was breached again on Monday when thermometers in the northern city of Oulu reached 25.4 C.

In western Finland the June-August period was mostly about one degree warmer than the long-term average. Meanwhile along the eastern border and the far north, the average was about a degree below usual.

Starting in May, the place with the most hot days was the southern town of Hattula, near Hämeenlinna. It clocked up 26 days of 25C or more. Meanwhile Kilpisjärvi in the far northwestern arm, has not reached 25 at all this year.

Monday was the 37th day this year when the mercury reached 25 somewhere in the country. That is two more than the long-term average.

Late August brought a new heatwave to northern Finland. On 29 August it pushed the thermometer to 25.3 degrees in Rovaniemi, capital of Finnish Lapland. According to the FMI, that is the latest recorded date that the mercury has ever surpassed 25C in Finnish Lapland.

August was drier than usual through most of the country. In general rainfall was less than the normal level. Much of central Finland, Savo and North Karelia had their driest summer since 1955.

Despite the drought, torrential downpours caused material damage in Pori on 8 August and in Helsinki on 23 August.

Statistically, the temperature usually breaks the 25C barrier on one day in September. This year it already has on the first two days of the month, notes Yle meteorologist Anne Borgström.

She predicts unstable conditions for the rest of the week, with temperatures declining to more seasonable levels. Southern Finland, for instance, should mostly have highs of 16-18C over the next week, while Oulu’s highs will hover around 14-15 and Rovaniemi slightly below that.