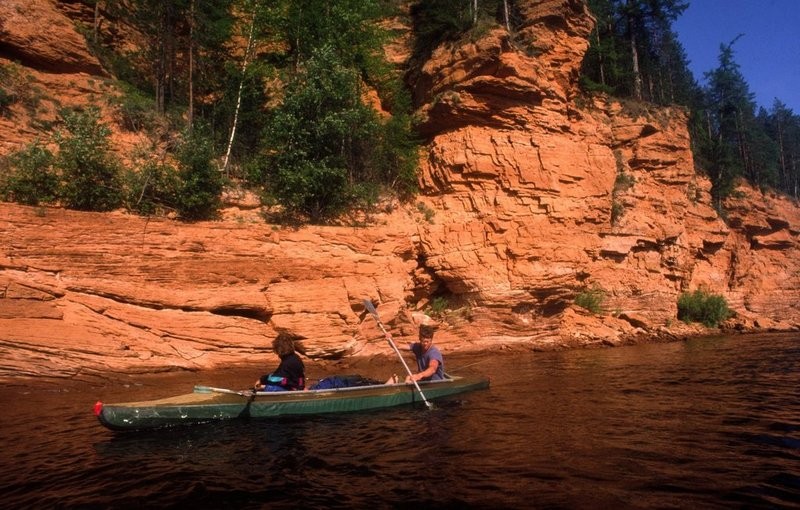 The Pinega River is a voyage through timeless harmony of beautiful nature in the Arkhangelsk Region. Photo: Thomas Nilsen

Intensive logging is no longer permitted in the 3,000 square kilometres area now known as the Dvina-Pinega nature reserve.
Read in Russian | Читать по-русски
By

“Today, we made a well-balanced decision on creation of the Dvina-Pinega reserve, on which we have worked together for many years,” said Arkhangelsk Governor Igor Orlov in a statement after his regional government approved a decree about the case on October 1t.

Creation of the nature reserve in the area has been debated for two decades. Local forestry businesses have opposed the plans, while environmental groups like WWF Russia and Greenpeace Russia have urged protection of the old taiga forest.

“As a result of complex and lengthy negotiations with timber companies to agree on the boundaries of the reserve, a compromise was found,” said Nikolai Larionov with WWF Russia.

“It allows enterprises to continue working, save jobs and at the same time protect the most valuable parts of the area from logging,” he explains.

WWF points to the boreal forest as key to storing carbon and home to a unique biodiversity. The forest now protected is one of the largest taiga forests in Europe.

Governor Orlov said the decision to protect the area is historic and he praises the cooperation with the environmental groups. There are now more than 100 specially protect nature areas in the Arkhangelsk region.