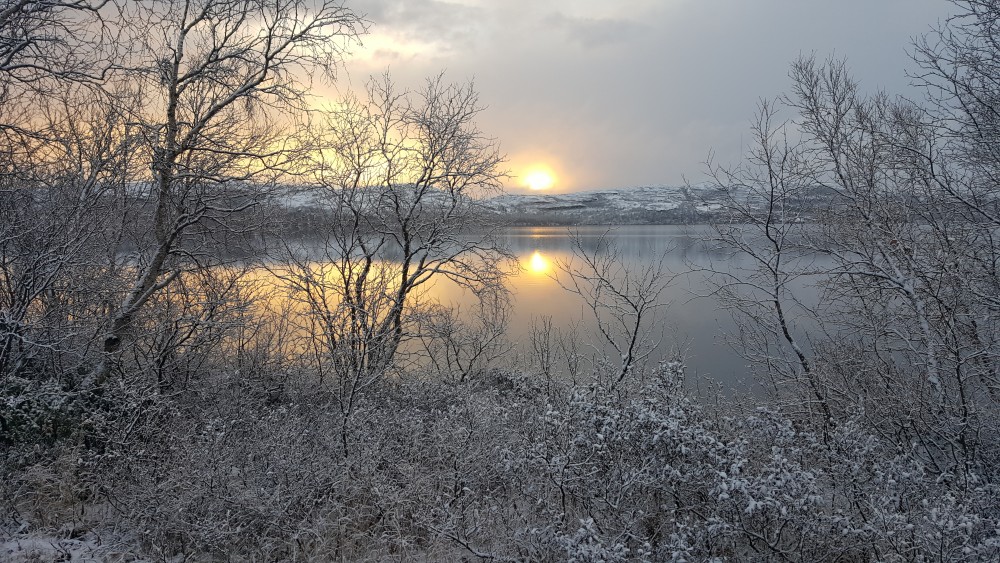 October temperatures dip to coldest in decade across northernmost Europe

Global warming, regional cooling: -27 °C on Finnmarksvidda is extreme to be October. The county of Troms and Finnmark had several places with average temperature 2 to 4 degrees Celsius below normal for the month.
Read in Russian | Читать по-русски
By

All of Norway was way colder than normal in October, but especially so in the northernmost regions, the country’s Meteorological Institute reports.

Norway as such saw a 1,4 °C below average temperature, the coldest for the month since 2009 and 2003. Up north, the frost was more severe.

The -27,2 °C was measures at Suolovuopmi-Lulit in Kautokeino and Cuivddatmohkki in Karasjok on October 28th.

In easternmost Finnmark, kids had a Halloween freezing cold with -19 °C in Kirkenes on October 31st.

The last day of October was also cold in northern Finland. Inari had a temperature down to -26 °C, YLE Sapmi reports.

Murmansk, Russia’s largest city above the Arctic Circle, had a day temperature of -16 °C.

Last night was down to -26 °C, local tourist guide Sergey Arzumanov tells to the Barents Observer.

“It was great. I was with a group of Asian tourists and we had a marvelous experience under the Northern Lights. Cold yes, but beautiful and spectacular,” Arzumanov says.

November started even colder than October ended in Murmansk. Day temperature on Friday was -20,3 °C, news online Severpost reports. This is the coldest ever measured in Murmansk on November 1st. The last all time low on this date in 1926.

In a few weeks, the sun will be under the horizon for the polar night season inside the Arctic Circle.