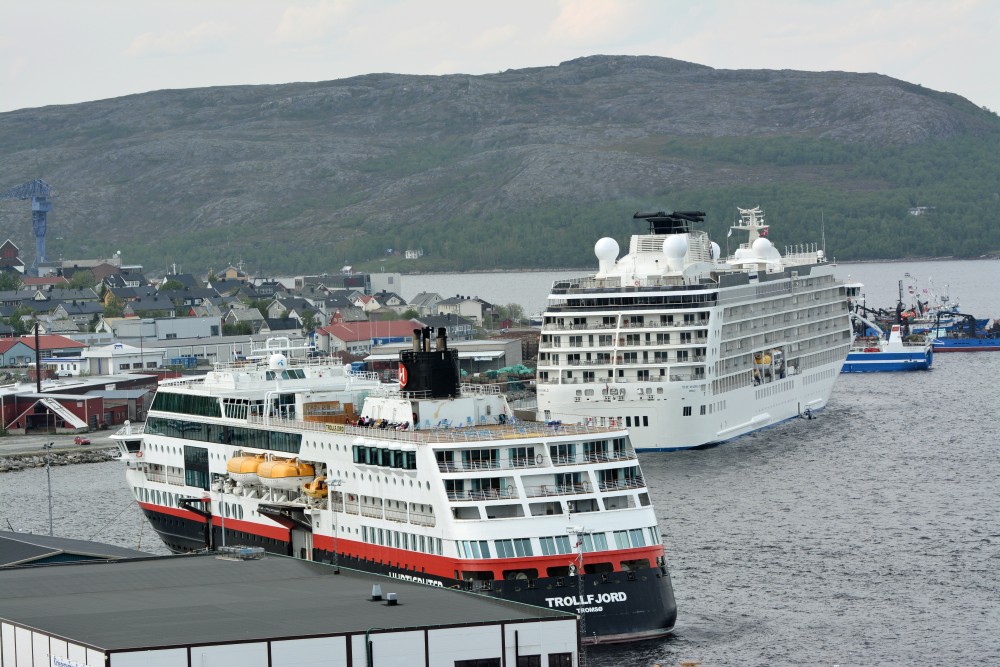 A coalition of environmental and conservation groups working on more environmentally sustainable shipping practices in the Arctic says it welcomes a decision by thirty expedition cruise line operators to forgo the use of heavy fuel oil while operating in the region.
Read in Russian | Читать по-русски
By

The Association of Arctic Expedition Cruise Operators (AECO), which represents the majority of expedition cruise operators in the northern polar regions, announced last week a self-imposed ban by its members on the use and carriage of heavy fuel oil (HFO) in the Arctic.

“By formalizing this ban, the expedition cruise industry is sending a message to decision-makers that it is time to act to protect the Arctic from the risk of HFO pollution,” AECO executive director Frigg Jørgensen said in a statement.

Sian Prior, lead adviser to the Clean Arctic Alliance, a coalition of 18 environmental NGOs, said the decision forges a path towards powering Arctic shipping with cleaner fuels.

“That so many shipping and associated companies have recognised the risks associated with HFO, including both oil spill risks and black carbon emissions, by signing up for a ban, sends a strong message to decision-makers in Arctic governments and all International Maritime Organization Member States – who must pay heed,” Prior said in a statement.

“AECO members are demonstrating that not only is it possible to end the use and carriage of HFO in the Arctic, but that the expedition cruise sector is prepared to lead the way.”

Still a long way to go

In comparison, the conventional cruise industry still has a long way to go towards getting rid of HFO on board its ships: it should take note, and follow the lead of the expedition cruise industry, she added.

AECO’s announcement comes ahead of a decision on global action to ban the use and carriage as fuel of HFO by ships operating in the Arctic by the International Maritime Organization (IMO), which is due in February 2020.

“While we anticipate that a global ban on the use and carriage of HFO as fuel by ships operating in the Arctic will be in place by 2023, it would be wonderful if other shipping operators followed AECO’s lead,” Prior said.

Heavy fuel oil is the cheapest and the dirtiest marine fuel, accounting for 80 per cent of all fuels used in maritime shipping, according to a report by the International Council on Clean Transportation (ICCT).

In addition to its toxicity, HFO is extremely viscous and breaks down more slowly in the marine environment than other fuels, particularly in colder regions like the Arctic.

The use of heavy fuel oil, also known as bunker oil, is already banned in the Antarctic. Several environmental and Indigenous groups have been campaigning for a similar ban in the Arctic.