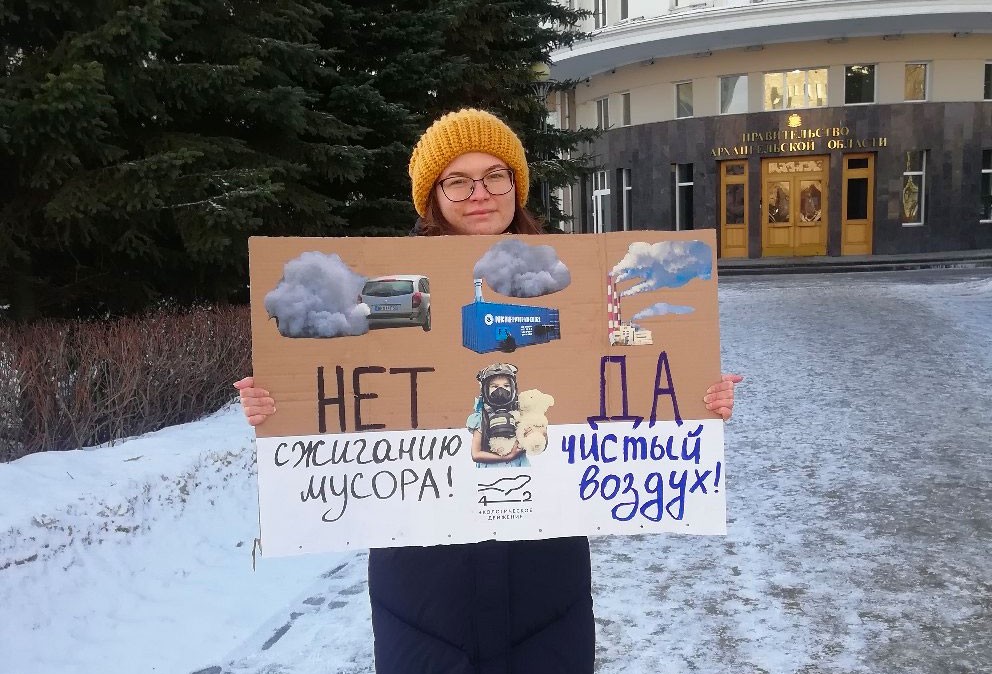 Yes to clear air, says one of the posters on display in this week's eco protest in Arkhangelsk. Photo: Environmental Group 42

One after another, four young environmental activists lined up in front of the local government building.
Read in Russian | Читать по-русски
By

Four young people this week one after another found their place in front of the regional government building in downtown Arkhangelsk, the north Russian city.

The protest was organized by local environmental group «42» and was held as part of the global Fridays for Future movement, the group says on its social media website.

With overarching global focus, the protest posters pinpointed local problems in the northern Russian region. Among them the planned building of a garbage incinerator in the region.

«In the Russian Constitution it is written that every citizen has the right to breath in clear air, but cars, thermal electric stations and boilers still worsen the air quality,» she underlines.

The Fridays for Future movement is initiated by Greta Thunberg. In Russia, the movement has a total of 18 regional units, the movement’s Russian website says.