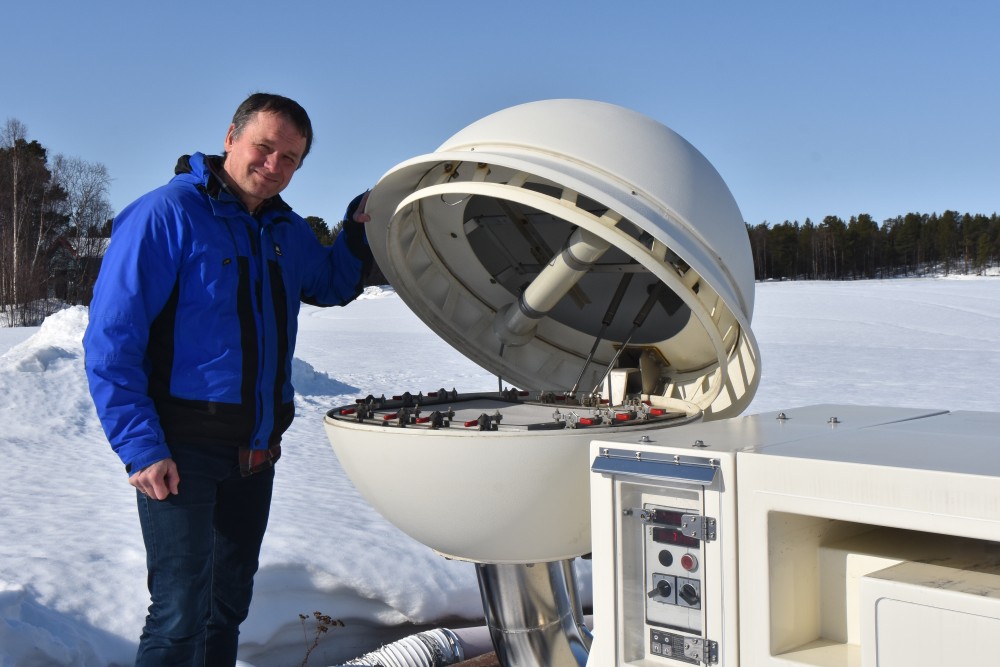 Scattering models indicate that radionuclides released from the areas hit by forest fire in northern Ukraine could have reached Finnmark in northernmost Norway in recent days.

There are six air filter stations in Norway, but the one at Svanhovd in the Pasvik valley is the only one where Cesium-137 is measured. Although more than 2,000 kilometers north of Chernobyl, the wind could easily have brought radiation released from burning trees to the Pasvik valley.

The April 26th 1986 Chernobyl disaster sent clouds of radiation across Europe, and isotopes where accumulated by plants and trees also in the nearest fallout area from the nuclear power plant.

Released off radiation was measured inside the forest fire hit areas already in early April.

Bredo Møller with the Norwegian Radiation and Nuclear Safety Authority’s Emergency Preparedness unit at Svanhovd says to the Barents Observer that the levels now measured are very small.

“From time to time we measure Cesium-137 at the air filter origin from the Chernobyl fallout, but this time it was a bit higher than normal, about 0,3 micro becquerel per cubic meter air,” Møller says.

He underlines that the origin is unknown, but says winds from Chernobyl area could have reached Finnmark region.

“We will continue with more analyzes before we can elaborate with certainty about this,” Møller says.

“It is important to underline that this levels do not pose any risk for humans or the environment.”

The Norwegian Radiation and Nuclear Safety Authority has contacted colleagues in neighboring countries, including in Murmansk northern Russia, but no increased levels of radiation have been measured at their instruments.